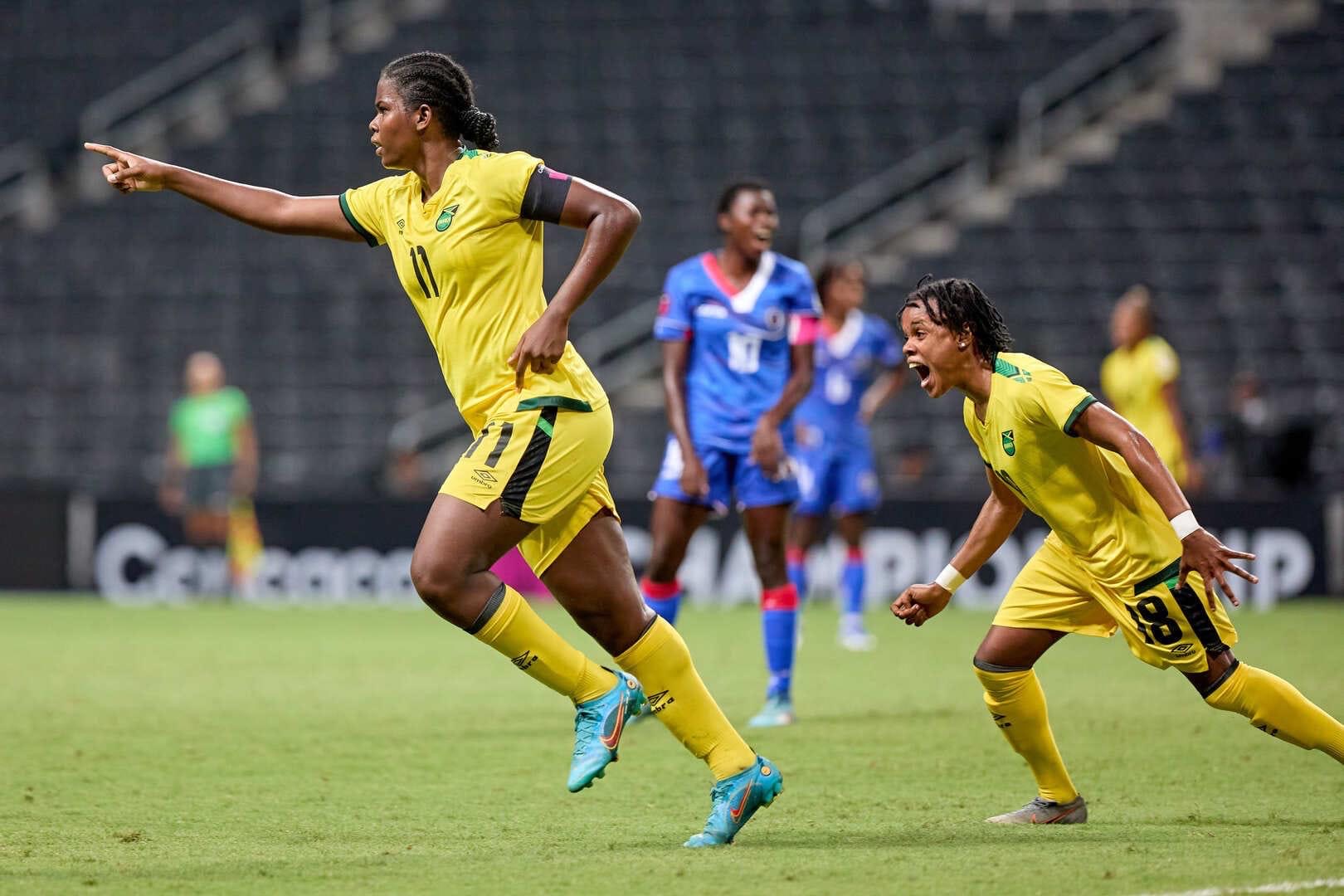 JAMAICA AND COSTA RICA AT THE WORLD CUP

Haiti have finished in third place and will advance to next February’s 10-team 2023 Women’s World Cup Playoff in New Zealand. Jamaica scored the first by Trudi Carter, whose right-footed shot beat Haiti GK Nahomie Ambroise to make it 1-0 to the Reggae Girlz in the 26'.

Haiti push forward in search of a goal, but it left space behind for the Jamaican attack and Shaw was happy to double the Jamaica lead to 2-0 in the 58' .Nevertheless, Haiti kept pushing and almost pulled a goal back in the 63’ through a blazing effort from Dumornay .However, the night belonged to Shaw and Jamaica and after a Haiti handball in the area, the Manchester City striker fired in her third goal of the CWC from the penalty spot for a 3-0 lead in the 70'. Their magical night ended in the 79' with a well-placed header from Drew Spence off a free kick to complete the winning 4-0 scoreline, earning their first ever CWC win against Haiti in three attempts.

The first match of the final round of Group B in the 2022 Concacaf W Championship in Monterrey ended with Canada downing Costa Rica 2-0 ( goals of Jessie Fleming and Sophie Schmidt) to secure first place in the group on Monday evening at the Estadio BBVA. Both teams arrived at this final match already qualified for the 2023 FIFA Women’s World Cup to be played in Australia/New Zealand. Costa Rica and Canada will play in the semifinals later in the week, ready to battle for a spot in the Final in this edition of the CWC in Monterrey.

The last match of Group A in the 2022 Concacaf W Championship in Monterrey ended with the United States edging Mexico 1-0 on Monday evening at the Estadio Universitario.

After beginning the tournament with two defeats, Mexico looked to change their luck , but it was too difficult to score against World Champion USA. The U.S. finally opened the scoring in the 90’ as Kristie Mewis pushed a shot over the line ,making this the first CWC win for the U.S. against Mexico on Mexican soil.

Panama have advanced to the 2023 FIFA Women’s World Cup Playoff thanks to a 1-0 victory over Trinidad and Tobago in their Group B finale of the 2022 Concacaf W Championship in Monterrey.

Marta Cox was the hero for the Canaleras at the Estadio Universitario, notching a goal late in the first half to deliver the three precious points to Panama, who will take part in the 10-team Inter-Confederation Playoff next February by virtue of their third-place finish in the group.