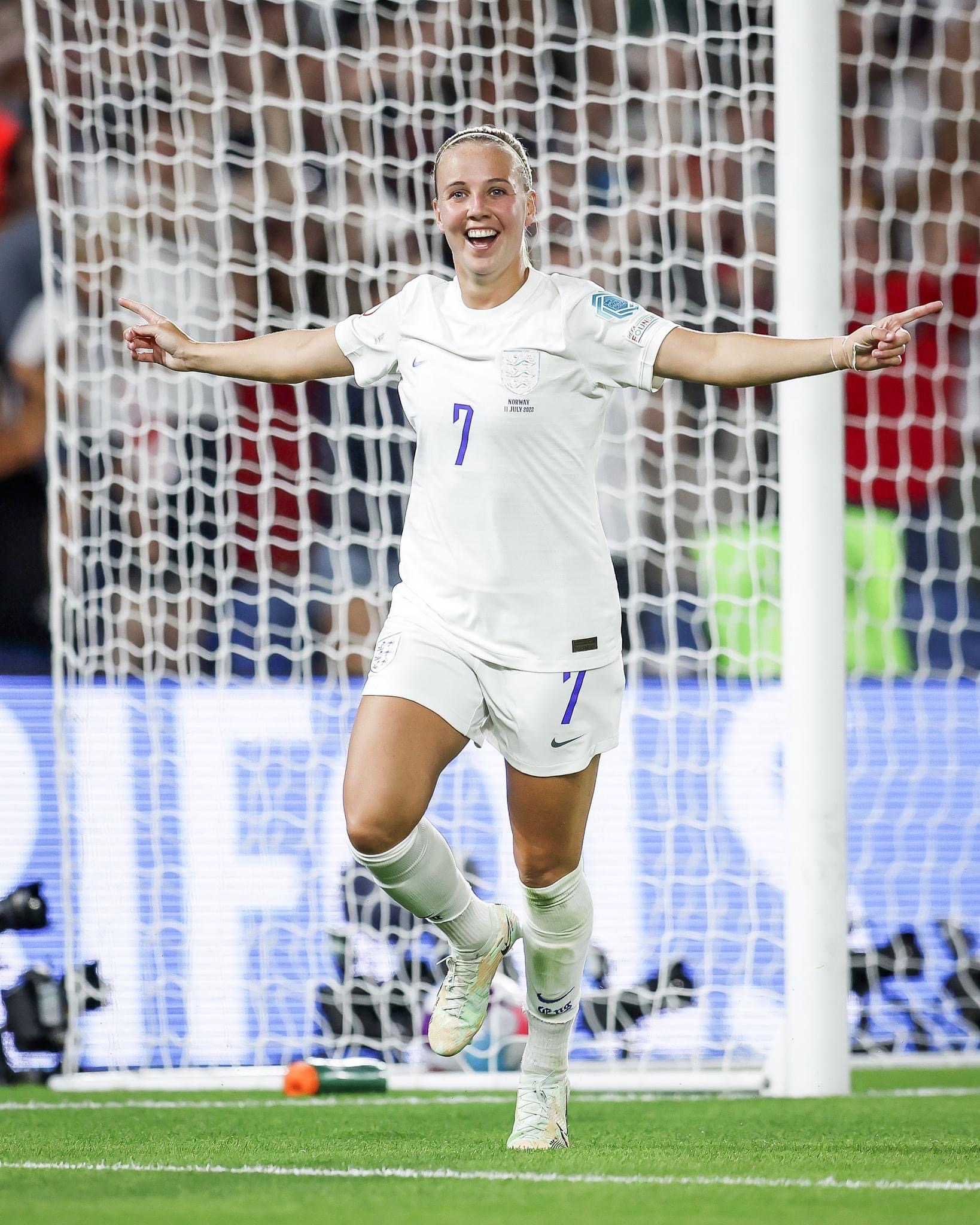 England took the lead inside 12 minutes in the Group A fixture, thanks to a Georgia Stanway kick from the spot after Ellen White earned a controversial penalty. Left winger Lauren Hemp then doubled the advantage with an easy tap in three minutes later.

Already trailing, all hell broke loose for Norway from minute 29 as England

scored four goals inside the 13 minutes that followed. Ellen White and Beth Mead scored twice, with the Lionesses becoming the first team to score six first half goals in the competition’s history, breaking France’s record of five that they had set 24 hours ago against Italy.

Ellen White drew closer to a big record of her own, with the 33-year old now just one goal away from joining Wayne Rooney as England’s all time top scorer.

Alessia Russo, who replaced White, got on the scoresheet in the 65th minute with a thumping header, making it 7-0. First goal scorer of Euro 2022, Beth Mead rounded up a historic night for the home side. The 27-year-old pounced onto an initial save made by Norwegian goalkeeper Guro Petterson to make it 8-0 and complete the second hat trick of the tournament. She now leads the chart for most goals with four in two games. England’s win not only saw them through to the quarter finals. The Norway-Austria match day 3 fixture will decide the second team progressing through Group A.

In the second match of the Group, Austria beat North Ireland 2-0. Katharina Schiechtl (picture) scored from close range after 19 minutes to put Austria in front; Katharina Naschenweng sealed the game late on; Temperature in Southampton stood at 42c at kick-off; Northern Ireland will be knocked out of the competition.