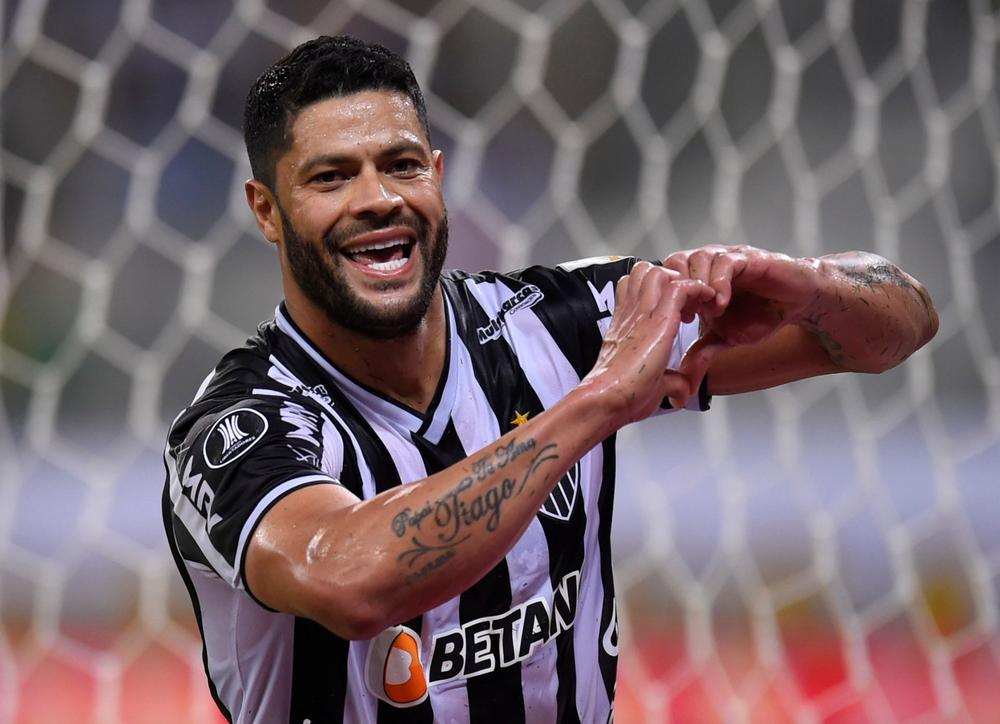 Picture : Hulk scored for Atlético Mineiro vs Emelec (1-0) equaling Jô as the club’s top scorer in the entire history of the Copa Libertadores (both have 11 goals).

Copa Libertadores statistics on round of 16 (July 5 and 6)

*Boca Juniors have a streak of 6 games in playoff stages of Copa Libertadores without scoring a goal. It started in the editions 2020 (semifinals vs Santos 0-0 and 0-3), continued in 2021 (round of 16 vs Atlético Mineiro, 0-0 and 0-0) and prolonged now with another double 0-0 vs Corinthians. In both last cases Boca lost on shootouts.*Corinthians became the 4th club to eliminate Boca Juniors in Copa Libertadores on more than one occasion (twice; the first such case was in the final of 2012).Santos have eliminated them also twice (final 1963 and semifinal 2020), Olimpia Asuncion thrice (final 1979, round of 16 in 1989, quarterfinals 2002), River Plate thrice (round of 16 in 2015, final 2018, semifinal 2019). *Boca Juniors and River Plate, were both eliminated in the round of 16 for the first time in the entire history of the Copa Libertadores. The top club competition of South America will not have either of the two Argentine giants in the quarterfinals for the first time since 2014.*A super-veteran Roque Santa Cruz scored again for Libertad (Paraguay), this time vs Athletico Paranaense. He did it at the age of 40 years 323 days becoming thus the oldest player to score in a playoff stage in the entire history of the Copa Libertadores. He surpassed Nené who scored at 39 years 359 days for Fluminense against Cerro Porteño in the round of 16 in 2021.*Cerro Porteño were crushed by Palmeiras with 0-5 score. This is 7th defeat of a Paraguayan club with 5+ goal difference in the Copa Libertadores history; 4th for Cerro Porteño (and 3 for Olimpia). The heaviest of them happened in 1962 (Cerro Porteño lost 1-9 to Santos).*Cerro Porteño continues to be the team that has played the most Copa Libertadores editions (43) without having ever reached the final.*Tolima’s 1-7 defeat from Flamengo became the 5th occasion when a Colombian team suffered a loss with 5+ goal difference in Copa Libertadores (2nd for Tolima, once for Junior, Atletico Nacional, Deportivo Cali). The heaviest of them was Atletico Nacional 0-8 defeat vs Cruzeiro in 1992.*Pedro (full name Pedro Guilherme Abreu dos Santos) became the 2nd Flamengo player to score a poker in any CONMEBOL tournament. The first to achieve it was Romário in Copa Mercosur (in the 7-0 victory against Universidad de Chile on 07 October 1999).*In the Copa Libertadores history, Pedro is the third Flamengo players to score 3+ goals in a game, after Zico (who made 2 hat-tricks, in 1981 vs Cerro Porteño and in 1983 vs Blooming) and Edmar Bernardes (in 1984 vs Junior).*Pedro is the 2nd footballer to score a poker against a Colombian team in the history of Copa Libertadores, after Benicio Ferreira who scored 4 goals for Olimpia against Deportivo Cali on 21 March 1970.