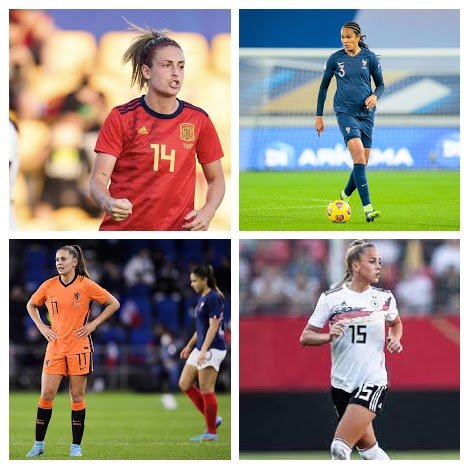 The 2022 UEFA Women's Euro 2022 will be the 13th edition of the UEFA Women’s Championship, the quadrennial international football championship organised by UEFA for the women's national teams of Europe. It will be the second edition since it was expanded to 16 teams.

The final tournament will be hosted by England and was originally scheduled to take place from 7 July to 1 August 2021. However, following the COVID 19 pandemic and subsequent postponements of 2020 Summer Olympics and UEFA Men’s Euro 2020 to summer 2021, the tournament was rescheduled and will take place from 6 to 31 July 2022.

England last hosted the tournament in 2005, the last edition featuring eight teams. England will be the host team, the Netherlands will be the defending champions, Northern Ireland will participate in a UEFA Women’s Euro competition for the first time.

In Group A, England will face Norway with Ada Hegerberg (Norway won 2 times the Euro), Austria and Northern Ireland. In Group B, Germany (8 Euro titles) and Spain (with FC Barcelona star Alexia Putellas) are the favorites before Denmark with Pernille Harder and Finland. In Group C, the defending champion Netherlands and Sweden will meet Switzeland and Portugal (in place of Russia). In Group D, France with Olympique Lyon European Champions Wendie Renard and Delphine Cascarino is the favorite against Belgium, Italy and Iceland.

The video assistant referee (VAR), as wellgoal-line technology, will be used in the final tournament.