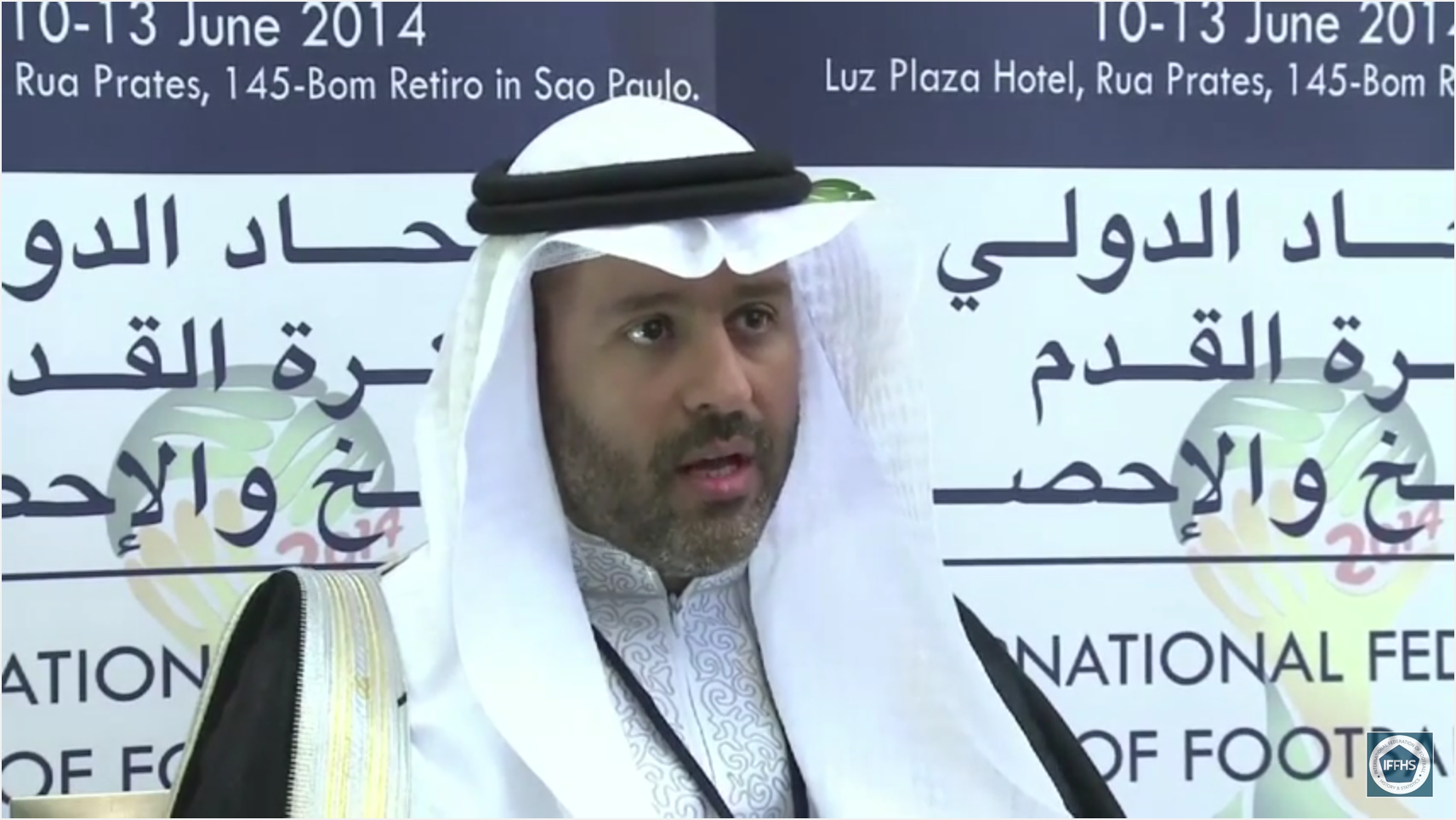 Sao Paulo: The IFFHS Executive Committee member General Assembly was held on
Wednesday 11 June 2014 at the Luz Plaza Hotel in Sao Paulo a day before the
start of the FIFA World Cup 2014 In Brazil under the chairmanship of the
IFFHS- President H.E Saleh BAHWINi.

The General Assembly approved the new amendments to the IFFHS Statutes
proposed by the IFFHS Executive Committee relating to the formation and to
increase the number of ExCo members in each continent from 10 to 15 and to
increase the positions of the vice president from two to three through till
June 2019.

The IFFHS ExCo committee also approved the minutes of the meetings held on
21 and 22 March 2014 in Dubai, U.A.E.

The committee decided to continue with the World’s best in nine categories
and the winners and the world record holders will be honored by the IFFhS.

The meetings of the Executive Committee Members will continue on Thursday 12
June 2014 and shall end by mid-day before the opening ceremonies of the FIFA
World Cup 2014 Brazil.