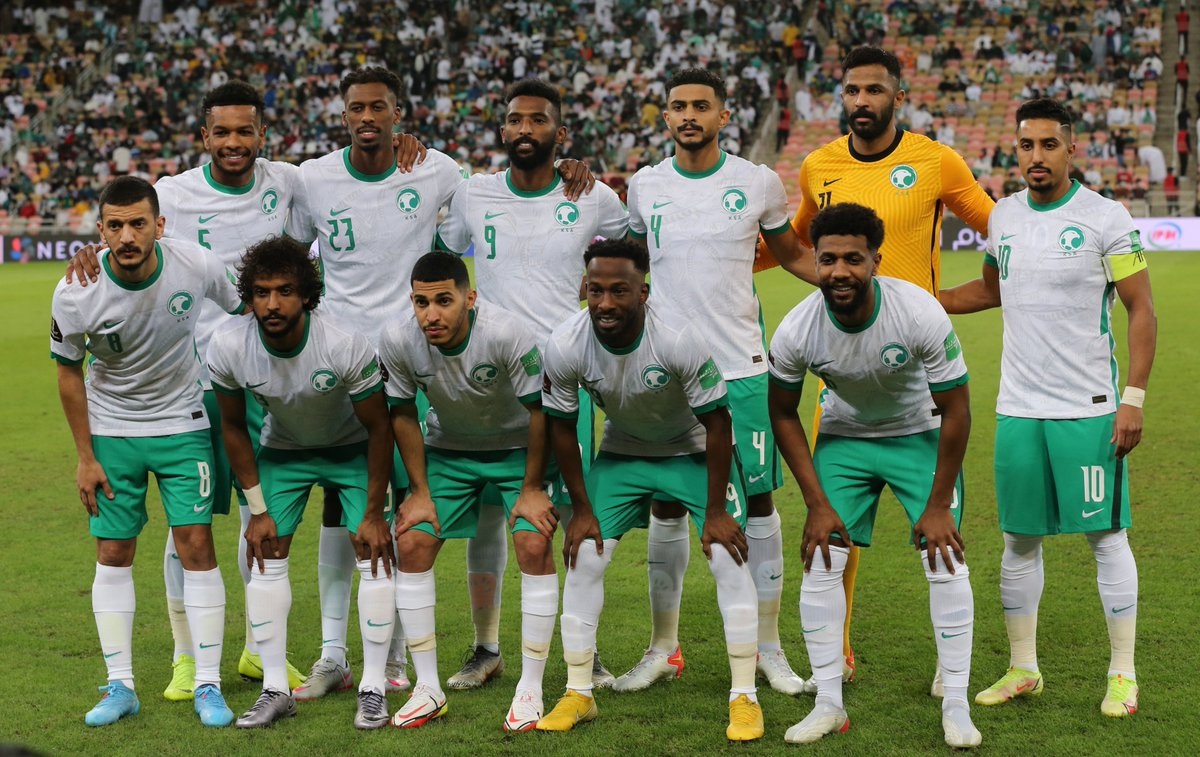 Picture : for the sixth time in history, Saudi Arabia's National Team will participate at the WORLD CUP FINALS.

As was the case for the 2018 edition, Japan, South Korea, Iran and Saudi Arabia have once again come out on top in the Asian qualifiers, which began all the way back in June 2019 .

After South Korea and Iran both booked their tickets to Qatar from Group A back in January, Japan followed suit in Group B on Thursday with a  2-0 win over Australia that also secured Saudi Arabia's qualification ahead of their own game against China.

Australia could still qualify for the World Cup -- for a fifth consecutive edition -- but, as they did four years ago, will now have to first beat Group A's third-place team in a one-off tie, with the victors then advancing to an inter-confederation playoff against South America's own fifth-placed team.

Ecuador (picture) , absent in Russia 2018, won his ticket to the 2022 World Cup despite losing 3-1 at Paraguay. They have solidified their claim to being the fourth best side in South America after Brazil, Argentina and Uruguay, also qualified today with a win against Peru.

Peru, Colombia and Chile are the best placed to finish at rank 5, synonym of play off.

US national team picked up an important point at the Estadio Azteca in Mexico, taking a significant step toward World Cup qualification with the 0-0. Coupled with Panama’s draw, the United States is in a much more comfortable position but they must play the two last games against Panama and Costa Rica, always pretenders for the Top 3, or Top 4 !

Canada despite losing in Costa Rica has six points more than the ranked 4 before the two last games. So Jonathan David’s teammates must wait to celebrate the qualification, but Costa Rica (picture) has added his chances to join the Top 3 or the Play-off rank !

New Zealand and Solomon Islands has the best chances to win the OFC Tournament (until end of March) and so to play against the 4th of the CONCACAF in a play-off game, qualifying for the World Cup finals 2022.