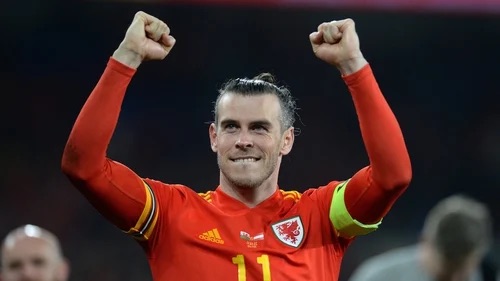 World Cup 2022 Qualification: statistics on European playoffs March 24*The sensational home loss to North Macedonia (0-1) is one of the worst events in Scuadra Azzurra history: for the first time Italy miss two consecutive editions of World Cup. *It was also Italy's first ever home defeat in a World Cup qualifier. From 59 previous home qualifiers, they won 48 and tied 11.There are now only two teams undefeated at home in the World Cup qualifiers: Spain (51 wins, 10 draws) and Brazil (49 wins, 12 draws).*Italy became 4th reigning European champions in the history who failed to qualify for the next World Cup, after Czechoslovakia (1978), Denmark (1994) and Greece (2006).*Gareth Bale, with his brace for Wales vs Austria (2-1), surpassed Ian Rush to become the Welsh player with the most goals scored (12) in World Cup qualifying history.*In the ranking of Wales national team all-time goal-scorers, Gareth Bale (38 goals) is now more distant from others. Second placed Ian Rush has 28 goals.*One of two Bale’s goals was scored from a brilliant direct free-kick. It was his 7th such goal for Wales; the very first happened on 7 October 2006 vs Slovakia. This two free kick goals are separated by 15 years and 168 days.