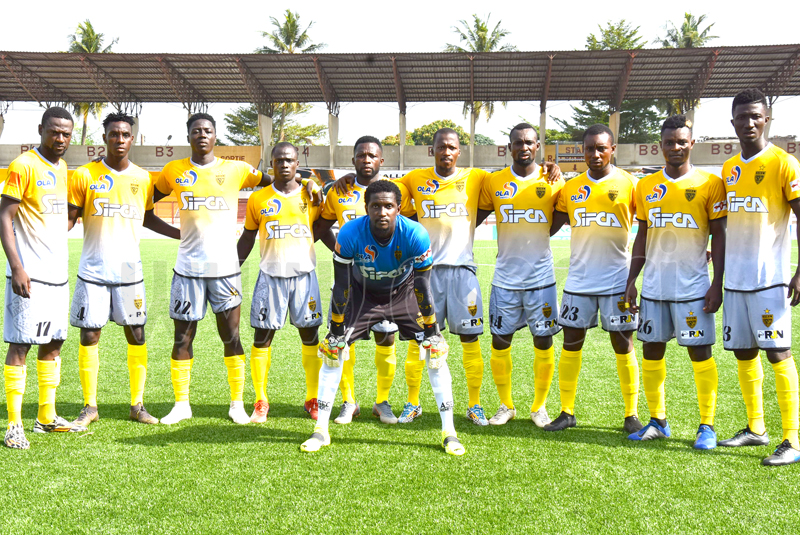 Groups A and C of the TotalEnergies CAF Confederation Cup have lived to penultimate date predictions as  Ahli of Tripoli and Pyramids FC, as well as Al Masry and TP Mazembe, respectively qualified for the quarterfinals after Sunday’s games. Chances are still open in group B where only Orlando Pirates have qualified, and group D still to have a qualifier.

In group B, JS Saoura lost at base at the Stade du 5 Juillet to Orlando Pirates 0-2. Ntsikelelo Nyauza opened scores on 48 minutes, 3 minutes before Kabelo Dlamini got the second. Although the pirates had a stranglehold on deliberations, it did not stop Goodman Mosele from taking a red card on 75 minutes like a bad man. It rained goals in the other group game with Al-Ittihad edging Royal Leopards 3-2. Ittihad’s Al-Warfali raised the curtains two minutes into stoppage time of the first half. Thabiso Mokenkoane equalized on 58 minutes and even took the lead 8 minutes on courtesy of Machawe Dlamini. But the equalizer came in from FE Hamad at the 70th minute. They did get the match winner through an Al-Warfali penalty 3 minutes into stoppage time of the match. With a game each to go, Orlando Pirates tally 12 points, Al-Ittihad 10 points, JS Saoura 7 points and Royal Leopards 0 point.

TP Mazembe travelled to fight Otoho to a standstill 2-2. The visitors scored their first goal in the 35th minute through Philippe Kinzumbi but Wilfried Nkaya replied on 66 minutes. Once more they took the lead on 83 minutes through Christian Koffi; again the reply came in four minutes on through Jaures Ngombe to tie the game  which had registered a red card to Souleymane Sakande in the 79th minute. At the Borg El Arab Stadium, hosts Al Masry won 2-0 to qualify. Abdel Latif scored in the 35th minute followed by Ahmed Alaa in the 53rd minute. Group now stands at: Al Masry 10 points, TP Mazembe 8 points Otoho d’Oyo 5 points, and Coton Sport 3 points.

In group D, ASEC trounced Simba FC 3-0 at Stade de l’Amitié. Aubin Kramo scored on 16 minutes; S. K on 25 minutes; and K. Konate on 57 minutes. At Stade Général Seyni Kountché, USGN played to a 2-2 draw with visiting RSB Berkane. And it will be the visitors to raise the curtains through El Fahli’s penalty in the 22nd minute.  Kouakou Adje equalized in the 36th minute and the hosts took the lead on 62 minutes through the same scorer. But Mouad Fekkak drew level in the 90th minute. Group D, without a qualifier as yet, has ASEC with 9 points, RSB Berkane 7 points, Simba 7 points and USGN 5 points.

South Africa’s Mamelodi Sundowns await their group A mates to complete the field of quarterfinalists after groups B, C and D qualified 7 following  Day-5 activity this past weekend with the highest number of goals scored in the phase: 25.

Welcoming fellow group A mates, Mamelodi Sundowns at the Al-Hilal Stadium, the hosts received two shock goals on the 2nd and 30th minutes through Peter Shalulile and Teboho Mokoena, respectively.  El Tayeb pulled back one goal on 56 minutes but Mokoena made it a hat trick hitting back on the 60th and 89th minutes. A late goal  three minutes into stoppage time of the game by Elnour Eltayib did little to salvage the hosts in spite of the fact that Sundowns were down by a man all through after Brian Mandela saw red as early as the 11th minute. In the second group A game, El Merrikh lost at the Al-Salam Stadium in Cairo to Al Ahly 1-3. Ahly’s Percy Tau was on target in the 19th minute. El Merrikh got the equalizer through Ramadan Agab in the 60th minute. But the two swift goals by Mohamed Sherif and Abdel Kader in the 72nd  and 73rd minutes, respectively sealed the deal to the advantage of the Egyptians. Sundowns and Ahly with 13 and 7 points, respectively qualified for the quarterfinals. Al-Hilal and El Merrikh tallied 4 points apiece.

In group B, Raja travelled to the Moses Mabhida Stadium in Durban to humble AmaZulu 0-2. The hostilities began as early as the 6th minute through Hamid Ahadad; and then in the 76th minute through Ismail Haddad. At the Stade du 5 Juillet, ES Sétif overpowered Horoya FC 3-2. The visitors from Guinea Conakry opened scores in the 25th minute through Stephen Baffour. The equalizer came in on 47 minutes courtesy of Akram Djahnit. Morlaye Sylla made it 2-1 for Horoya on 59 minutes before being shown red on 80 minutes.  Ultimately Riad Benayad got a brace on 87 minutes and three minutes into stoppage time of the game. Raja and Sétif on 12 and 9 points, respectively go through leaving AmaZulu and Horoya  adrift with 6 and 3 points, respectively.

Jwaneng Galaxy lost to visiting group C counterparts, Espérance at Francistown Stadium 0-3. It was Kingsley Eduwo who hit a brace on 13 and 64 minutes, and a 31st minute goal by Anayo Iwuala. At the Stade du 5 Juillet, CR Belouizdad trimmed ES Sahel 2-0. The goals were scored by Sofiane Bouchar and Islam Belkhir on 3 and 18 minutes, respectively. ES Tunis and CR Belouizdad qualified after bagging 11 points apiece. ES Sahel and Jwaneng Galaxy tallied 3 and 1 point, respectively.

Group D was the only one to have qualified teams before Day-5. Wydad Casablanca travelled to Estadio 11 de Novembro to defeat Sagrada Esperança 1-2. The hosts stood their ground to open scores in the 30th minute through Cristvao Paciencia. The equalizer came in through Zouhair Moutaraji in the 82nd minute before Juvhel Tsoumou got the winner five minutes into stoppage time of the game. Petro of Luanda and Zamalek of Cairo played to a 0-0 tie at Estadio 11 de Novembro. Wydad and Petro sail through with 12 and 11 points, respectively, leaving behind Zamalek and Sagrada with 3 and 1 point, respectively.

The race to Super Six Championship is poised for a photo finish in Group B of NWFL Premiership. Despite suffering a shock 1-3 home loss to Royal Queens in Matchday 11, title holders Rivers Angels still lead Group B with 19pts, followed closely by Bayelsa Queens (18pts), Delta Queens (17pts) and Robo Queens (16 pts).In Group A, after 2-0 win over Confluence Queens, Edo Queens has qualified with 3 matches to spare for the 6-team final round where the 2021/22 winner of Nigeria top-flight will determined. The Group A leaders remain the only unbeaten side in the league.So far, 3 teams (Edo Queens, Nasarawa Amazons and Bayelsa Queens) boast of the best defensive record - 6 shut-outs and 4 goals conceded in 9 matches.GHANA:

Ampem Darkoa Ladies extended their lead in Northern Zone of Ghana Women's  Premier League when they thrashed Kumasi Sports Academy 6-0 on Matchday 12. Pearpia Ladies' 2-1 win Prison Ladies over  saw them leapfrog Fabulous Ladies to 2nd place. Fabulous Ladies were held to a barren draw by Northern Ladies.In the Southern Zone, Ladystrikers and Faith Ladies cut Hasaacas Ladies' lead to 6 points after their 3-1 victories over their Soccer Intellectuals and Berry Ladies respectively. Defending Champions Hasaacas who are yet taste defeat after 8 wins and 3 draws, will take on Police Ladies on Monday.