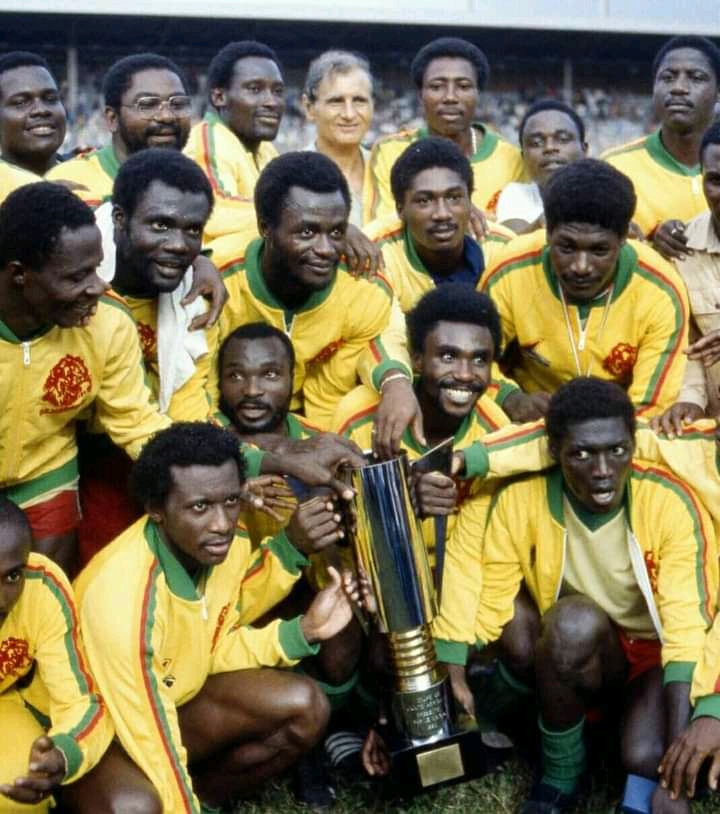 It was the day the Indomitable Lions of Cameroon won the African Cup of Nations for the first time after defeating the then Green Eagles of Nigeria 3-1 at the Félix Houphouet  Boigny Stadium in Abidjan, Ivory Coast. Tunisian referee, Ali Bin Nasser was in charge when 27, 456 spectators including Ivory Coast President Félix Houphouet Boigny and CAF President Ydnekatchew Tessema watched the final of the 14th African Cup of Nations.

Mudashiru Lawal was on target in the 10th minute to raise the curtains as he intercepted a cross from the left flank to find goalkeeper Joseph Antoine Bell desperately wanting. Defender René Ndjeya equalized on 32 minutes when he blinded keeper Emmanuel Okala with a thunderbolt of a shot after Grégoire Mbida Arantès had been tripped just outside the box. Captain Théophile Abega concluded a historic 1-2 connivance with Roger Milla to put scores at 2-1 for Cameroon on 79 minutes. The third and final goal was in the 84th minute when Ernest Ebongue finalized his solo run from midfield with a powerful right foot  drive just outside the box.

The 14thAfrican Cup of Nations had featured 8 teams drawn in two groups as follows: group A in Abidjan - Ivory Coast, Egypt, Cameroon and Togo; group B in Bouaké  Algeria, Ghana, Malawi and Nigeria. The competition began on 4 March with Ivory Coast defeating Togo 3-1. And the two semi-final matches closed on penalties after extra play time, each with Nigeria defeating Egypt 8-7 after a 2-2 score, and Cameroon ousting Algeria 5-4 following a 0-0 situation.