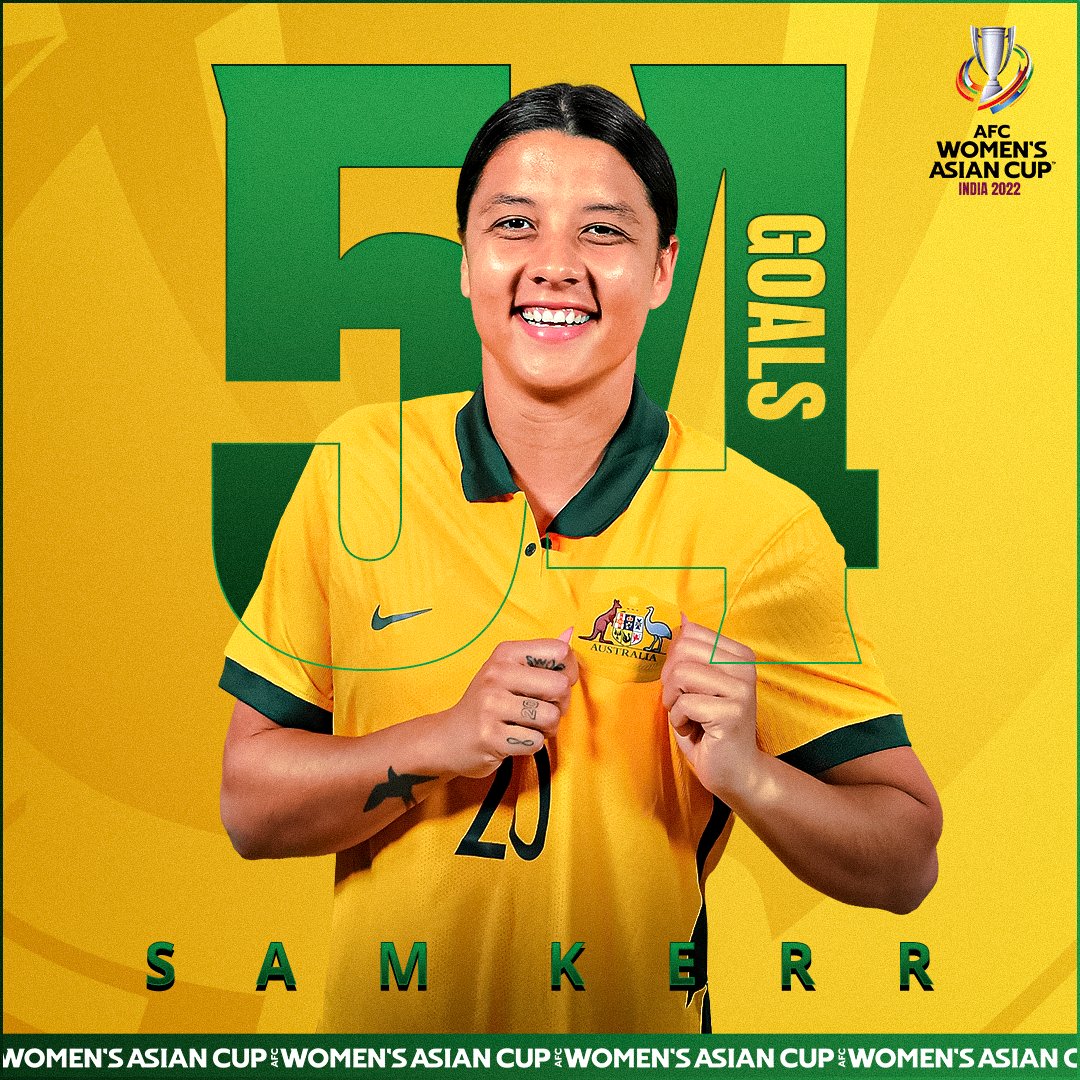 Australia ruthlessly thrashed Indonesia 18-0 to register one of the biggest victories of the AFC Asian Women's Football Championship. It looked like a starting line up for the Australian squad, but in reality it was a goal scorers list! Sam Kerr was as expected was the star of the show with 5 goals to her credit. Her goal machine kicked off at the ninth minute. She didn't look back and scored on 11th, 26th, 36th and 54th minute. Indonesia had no answer to this Aussie onslaught

Kerr had a personal achievement too in this game. Absolute dominance on display by the Matildas, as Sam Kerr levelled and broke the record of becoming the alltime highest scorer for Australia in the same game!
The star Chelsea striker, who was named the FIFA Best Player Award runner-up recently, began the match one goal behind Tim Cahill in Australia's all-time (male-or-female), top scorers' list and ended it four ahead for a total of 54 in her 105th match.

Philippines has the last laugh over arch rivals Thailand

Courtesy to Chandler McDaniel's 81st minute strike, Philippines managed to edge pass arch rivals Thailand to secure a very crucial win in the group B.
The Philippines had not beaten Thailand in 12 previous attempts and the duel at the D.Y. Patil Stadium was set to be a thrilling encounter. It was a very closely fought game with the Philipino ladies showing a bit of agressive intend, which in the end paid off! The deadlock was broken when the Thia keeper couldn't hold onto that one from Chandler McDaniel.