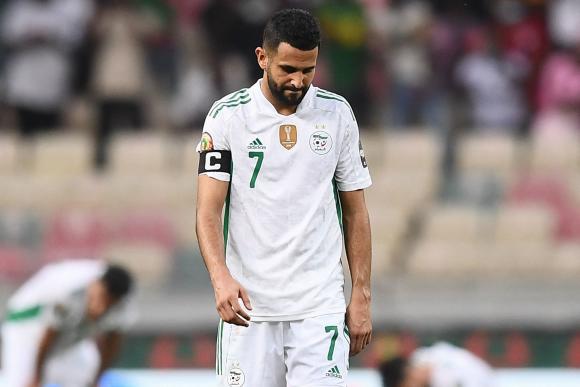 In 1990, Algeria won the AFCON and were scheduled to defend it two years later in Senegal. At the title defense, they played in group C with Ivory Coast and Congo. In the opening match, Ivory coast prevailed 3-0 over Algeria, sending them out of the competition at the end of the first round after occupying the last spot behind Congo. In the current tournament, Algeria, defending champions are being sent home after occupying the last spot of group E with just a point. Ivory Coast overpowered them 3-1 Thursday night in front of a huge and excited turnout at Japoma. Franck Kessie raised the curtains in the 23rd minute with a conclusive connection following a triple combination upfront. In the 40th minute, Ivory Coast got their 200th goal in the history of the AFCON finals with a pinpoint header by Ibrahim Sangare exploiting an indirect free kick. In the 55th minute, Sébastien Haller served Nicolas Pépé just at the edge of the box who slammed it right in for the third goal. A 57th minute chance for Algeria to reduce tally was denied them when Riyad Mahrez’s penalty kick got a rebound from the woodwork. But then, shortly after, Sofiane Bendebka got the lone goal for Algeria when he concluded a triangular initiative upfront in the 74th minute. And Sébastien Haller headed home a 90th minute cross ruled to be offside.  fulltime scores stood at 3-1. Ivorian, Franck Kessie got the most valuable player award.

At the Omnisports Stadium, Ngeme, Limbe, a tough battle for the second spot in the group ended in favour of Equatorial Guinea, 1-0. The infant minutes of the game were hotly contested but Pablo Ganet put Equatorial Guinea in the lead with the 38th minute strike following a cross. Sierra Leone had the opportunity to equalize on 83 minutes from the penalty spot after John Kamara was body-checked. But captain Umaru Bangura’s kick was saved by the excellent keeper, Jesus Lazaro. Equato-Guinean player, Salvador Iban Edu was voted the most valuable player of the game that ended with Kame Quee taking a red card. Group E closed thus: Ivory Coast 7 pts, Equatorial Guinea 6 pts, Sierra Leone 2 pts, Algeria 1 pt.

Group F registered an upset when debutants, Gambia shoved aside pre-tournaments predictions to qualify from the group as second best team. They defeated former champions and challengers for the second spot, Tunisia, 1-0. It was a sumptuous volley sent crashing into the net three minutes into stoppage time of the game by midfielder Ablie Jallow. Musa Barrow had  earlier come close to raising the curtains in the 74th minute when his direct free kick came off the crossbar. But then, Tunisia had lost a chance to raise the curtains in the 42nd minute, goalkeeper Baboucaar Gaye parried off the ball in spectacular fashion. The Ngeme Stadium like one man approved the choice of the  keeper as the most valuable player.

At the Japoma Stadium, Mali predictably consolidated their leadership position in the group following their 2-0 defeat of Mauritania. They quickly mummified Mauritania with one of the fastest goals in the tournament courtesy of Massadio Haidara who converted a 2nd minute cross by Moussa Doumbia. Attempts by Mauritania to score their first goal in the tournament proved ineffectual. They rather took the second goal when Ibrahima Koné scored a 49th minute penalty. Malian player, Moussa Doumbia was voted the most valuable player of the match. Group F of the tournament at the end of the first round stands at: Mali 7 pts, Gambia 7 pts,  Tunisia 3 pts and Mauritania 0 pt.

This Friday and Saturday are rest days in the tournament as the teams for the round of 16 start looking ahead of their opponents as follows: Burkina Faso vs Gabon, Cameroon vs Comoros, Senegal vs Cape Verde, Ivory Coast vs Egypt, Guinea vs Gambia, Nigeria vs Tunisia and Morocco vs Malawi,.