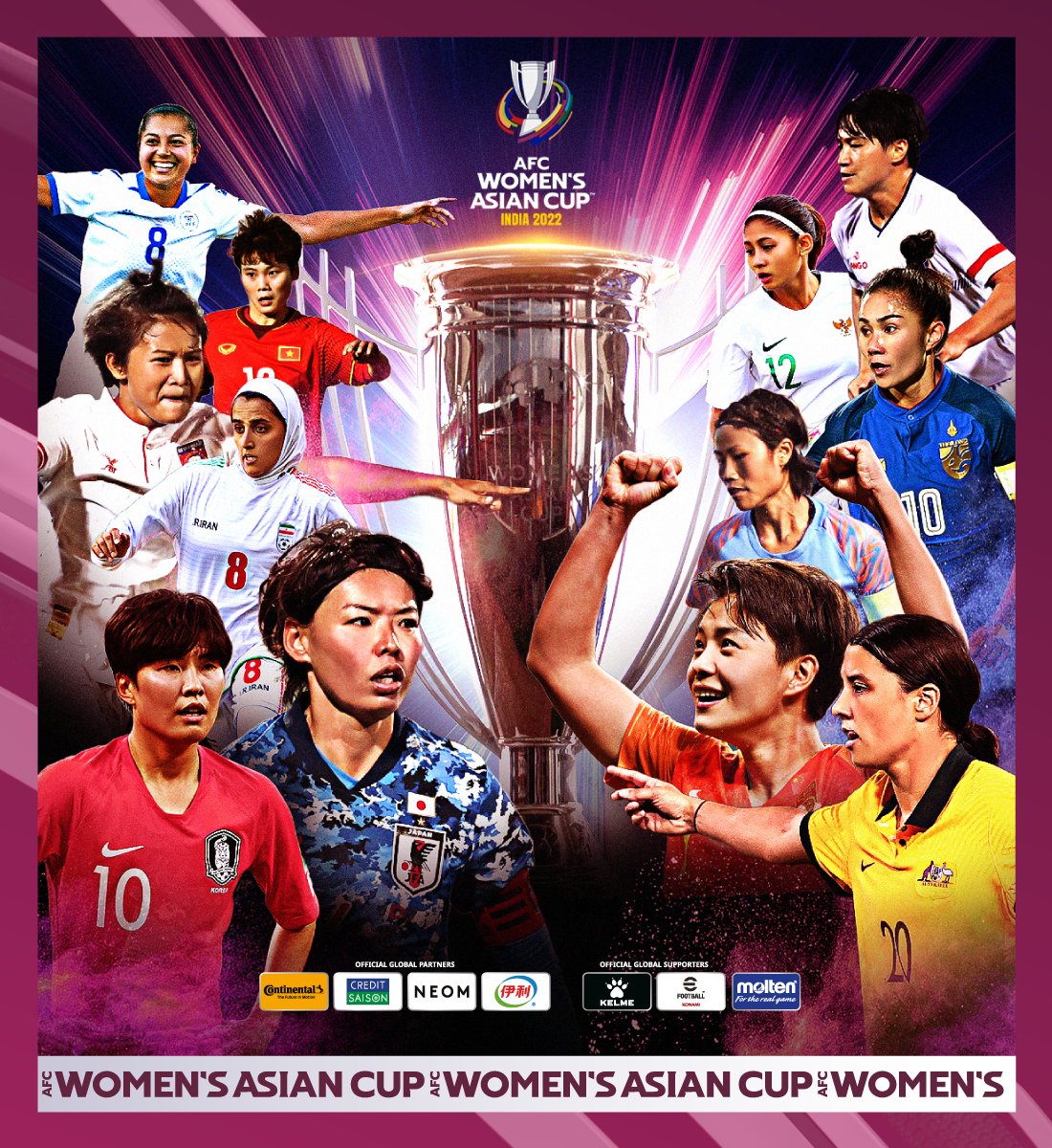 Eight-time champions China PR has  kicked off theproceedings against Chinese Taipei in Group A at the Mumbai Football Arena with a 4-0 win.
China PR power past Chinese Taipei China PR made a dream start to their AFC Women’s Asian Cup India 2022™ campaign, easing to a 4-0 win over Chinese Taipei in a sun-bathed tournament opener at Mumbai Football Arena on Thursday.
Appearing on the international stage for the first time since July 2020, the Steel Roses took little time to get going, scoring twice in the opening 10 minutes to all but extinguish Chinese Taipei’s hopes of an upset in their first appearance at the Finals since 2008.

Host nation India tested their mettle against newcomers the Islamic Republic of Iran, who made history by qualifying to the finals for the first-time ever.
Blue Tigress had a great opportunity to grab three points which eventually would have taken them to the quarter finals. But they held to golless draw by gutsy Iran.

Manisha Kalyan (16) was active with India against Iran.

GROUP B : AUSTRALIA BRACE FOR INDONESIAN CHALLENGE
They may be separated by more than 80 places in the world rankings, but Australia head coach Tony Gustavsson will take nothing for granted when his side begin their AFC Women’s Asian Cup India 2022™campaign against Indonesia on Friday.
Headline-grabbing striker Sam Kerr leads the way, but the Chelsea star is one of 17 players currently playing professionally in Europe, while six of the current squad were present when the Matildas won the tournament back in 2010.

WILL THAILAND
OR PHILIPPINES PREVAIL?
Alen Stajcic’s Philippines face a litmus test in their 2022 AFC Asian Cup India 2022™ Group B opening fixture against regional powerhouse Thailand on Friday.
The Philippines have not beaten Thailand in 12 previous attempts and the duel at the D.Y. Patil Stadium is set to be a thrilling encounter.