Michel François Platini (born 21 June 1955) is a French former football player, manager and administrator. As the president of UEFA in 2015 he was banned from football, over ethics violations.[5] Regarded as one of the greatest footballers of all time, Platini won the Ballon d'Or three times, in 1983, 1984 and 1985,[6] and came seventh in the FIFA Player of the Century vote.[7] In recognition of his achievements, he was named a Chevalier of the Légion d'honneur in 1985 and became an Officier in 1998. During his career, Platini played for the clubs Nancy, Saint-Étienne, and Juventus. Nicknamed Le Roi (The King) for his ability and leadership. Despite primarily serving as an advanced midfield playmaker, he was a prolific goalscorer; he won the Serie A capocannoniere award three consecutive times between 1983 and 1985, and was the top scorer of Juventus's victorious 1984–85 European Cup campaign.[8] Platini was a key player of the France national team that won the 1984 European Championship, a tournament in which he was the top scorer and best player, and reached the semi-finals of the 1982 and 1986 World Cups. Together with the midfielders Alain Giresse, Luis Fernández and Jean Tigana, he formed the carré magique (magic square) of the French team in the 1980s. Platini was his country's record goalscorer until 2007, and holds the record for most goals (9) scored in the European Championship despite only appearing in the victorious 1984 edition.[8] Following his retirement as a player, Platini was the France national team coach for four years, and was the co-organizer of the 1998 World Cup in France. In 2007, he became the first former player to be elected as the president of the Union of European Football Associations (UEFA). He also held the positions of chairman of FIFA's Technical and Development Committee and vice-president of the French Football Federation. In 2015, however, he was banned from football administration for conflict of interest by the FIFA Ethics Committee. 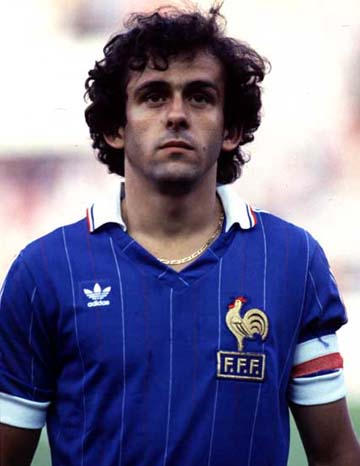 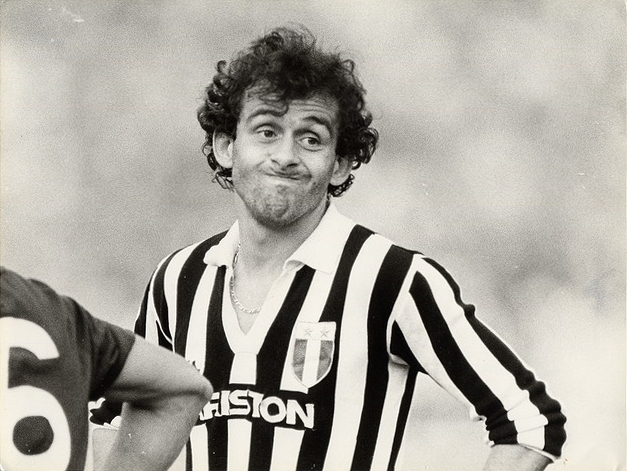