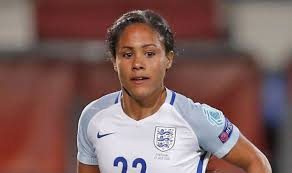 She is an English former footballer who mostly played as a right-back for Arsenal in the FA WSL, pundit and presenter. She made 140 appearances for the English national team and also represented Great Britain at the 2012 London Olympics. At club level, Scott has had three separate spells with Arsenal, punctuated with a season at Birmingham City in 2004–05 and three years in the American Women's Professional Soccer (WPS) with Boston Breakers. She scored the winning goal for Arsenal in the 2007 UEFA Women's Cup Final. Currently, she has a career in broadcasting, notably appearing as a pundit during the 2019 FIFA Women's World Cup. Scott signed on with Arsenal in 1992, at the age of eight. After breaking into the first team as a striker or right winger, she was later converted to full-back. Scott remained with Arsenal until the 2004–05 season, after which she moved to Birmingham City. With the addition of Scott, the club finished fourth in the FA Women's Premier League National Division. However, due to Birmingham's financial difficulties, she returned to Arsenal for the 2005–06 season. Upon rejoining Arsenal, Scott helped the club to a domestic double of the FA Women's Premier League and FA Women's Cup. She was also a key figure in Arsenal's historic "Quadruple" season in which they won all of their trophy competitions, including the 2006–07 UEFA Women's Cup. Arsenal were the first ever British side to win the competition, with Scott scoring the only goal in the two-legged tie with Umeå IK. She appeared in 22 Premier League games, scoring two goals. In all competitions, she made 40 appearances and scored four goals. The 2007–08 season saw Scott appear in 21 games, scoring once. In all competitions, she made 35 appearances, scoring three goals. In the 2008–09 season, Scott scored once in 13 games. In all competitions, she made 24 appearances, adding two goals. Upon the creation of a new women's league in the United States, Women's Professional Soccer, it was announced on 25 September 2008 that her WPS playing rights had been assigned to Chicago Red Stars, whose head coach was former Arsenal assistant Emma Hayes. Her rights were traded on 15 January 2009 to Boston Breakers and it was announced on 6 February 2009 that she would be leaving Arsenal to join up with her new team. In the inaugural 2009 Women's Professional Soccer season, Scott played in 17 games for the Breakers. She scored one goal and added one assist. In 2010, Scott featured in 21 games and registered two assists. She started 14 of her 15 matches in 2011. In December 2011, Scott returned to Arsenal on loan forthe duration of a three-match pre-season tour of Japan. 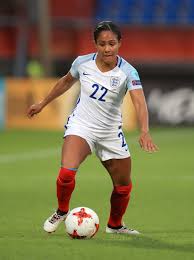 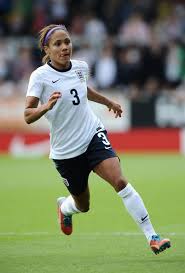 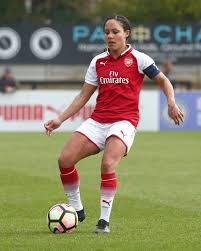 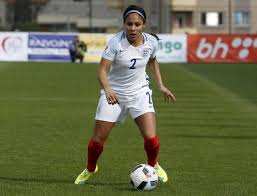