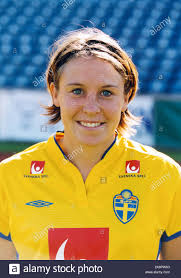 She is a Swedish former football player, who played the position of forward. She played for the club side Umeå IK and for the Swedish national football team. She debuted for Sweden, at age 17, on 6 February 1996, when Sweden won 8-0 against Spain. Ljungberg can be seen in the Sveriges Television documentary television series The Other Sport from 2013. Hanna Ljungberg was one of several professional players in the Swedish women's league, Damallsvenskan. She was chosen as Swedish Player of the Year in 2002, winning the Diamond Ball (Diamantbollen). She also scored a record setting number of goals that season with 39 goals (roughly 1.78 goals per game). Ljungberg made altogether 227 league appearances for Umeå IK and scored 196 goals. As a world class forward, Ljungberg was instrumental in the Swedish side that were runners up in the FIFA Women's World Cup 2003 held in the United States, scoring three goals and assisting another. She was also voted 3rd best World Player of the Year by FIFA in 2003. Until October 2014 when she was surpassed by Lotta Schelin, Ljungberg was the goal leader of the Swedish national team with 72 goals. During the UEFA Women's Cup 2002-03, Ljungberg was the top goalscorer in the tournament with 10 goals. Italian men's football club Perugia contacted Ljungberg to hire her for their Serie A roster, but the deal aborted. Umeå IK when they played against AIK in the Swedish Cup because of Carola Söberg's injury at the 70th minute. She ended the game with a clean sheet. Her fame in Sweden has led to stamps commemorating her and several other Swedish footballers for the Swedish Football Association's 100th anniversary. In August 2009 Ljungberg announced her retirement from football after a knee injury in a league match on 5 July. The right anterior cruciate ligament, previously reconstructed in 2004, was again partly torn and she decided with her doctors that to continue to play presented too high a risk of permanent disability. For two years Ljungberg helped Joakim Blomqvist, head coach of Umeå IK, and Maria Bergkvist assistant coach, in the coaching of her old team. At the same time she was studying at Umeå University to become a physiotherapist and graduated in June 2012. She then began a new career as a personal trainer. 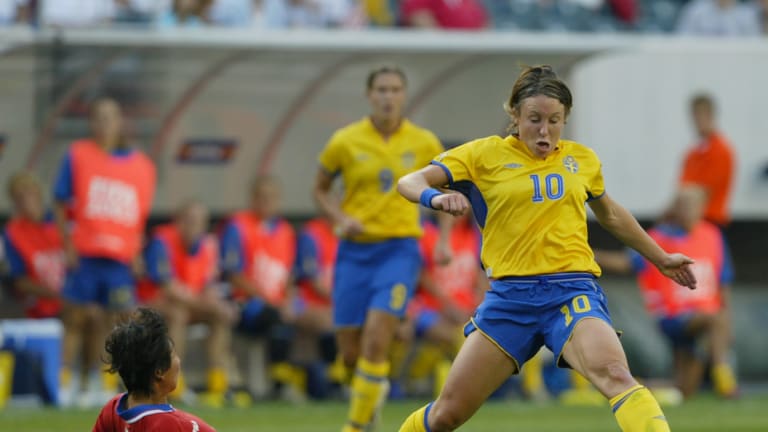 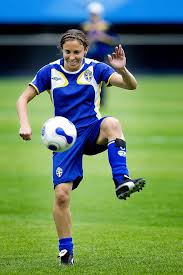 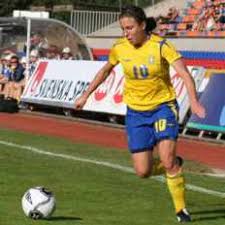 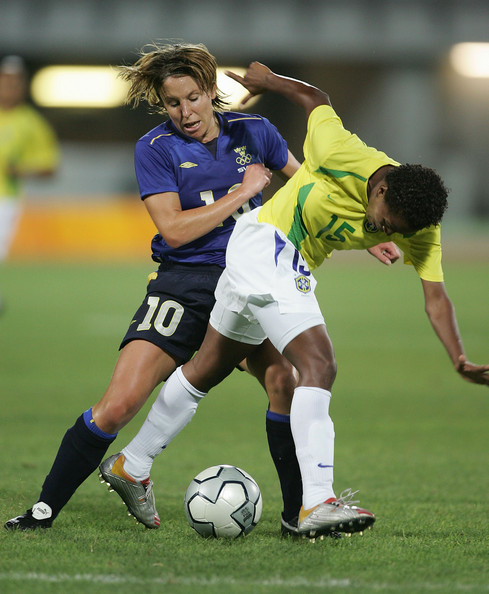