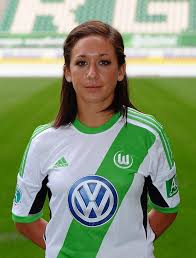 She is a retired German footballer and current UEFA's head of women's football. She played for VfL Wolfsburg and the German national team. Keßler was the recipient of the FIFA World Player of the Year award at the 2014 FIFA Ballon d'Or. Keßler signed with 1. FFC Turbine Potsdam in the top-division Frauen Bundesliga in 2009 at the age of 21. She helped the team finish the regular season at the top of the league table with a 19–1–2 record scoring 11 goals. The team clinched the 2009-10 UEFA Women's Champions League after defeating Olympique Lyonnais in penalty kicks. In 2011, Keßler transferred to VfL Wolfsburg. The team finished second during then 2011-12 regular season with a 18–2–2 record. Keßler scored 11 goals tying for fourth in the league for most goals scored. During the 2012-13 season, Keßler scored eight goals helping Wolfsburg finish first during the regular season with a 17–3–2 record. She captained the team to win the 2012-13 UEFA Champions League after defeating Olympique Lyonnais 1-0 in the final. In 2014, Keßler led Wolfsburg to championships in the Frauen Bundesliga and UEFA Women's Champions League. Wolfsburg became the first German team in the history to win the treble of League, German Cup and Champions League. Keßler was awarded the UEFA Best Women's Player in Europe Award. She was awarded the FIFA Player of the Year award in January 2015 having received 17.52% of the vote over Marta (14.16%) and Abby Wambach (13.33%). Upon receiving the award, she said, "It's a reward for hard work, good performances and a good development track. I know it's a trophy for individuals, but I'd never have won it without my teammates. She signed a new one-year contract on 12 May 2015. She announced her retirement on 14 April 2016. Keßler represented Germany at the youth level on the under-15, 17, 19, and 20 teams from 2003 to 2008. She made her debut for the senior national team at the 2010 Algarve Cup on 26 February 2010 in a match against Finland after coming on as a 46th-minute substitute for Lena Goeßling and scoring her first international goal in the 77th minute. Keßler played attacking midfielder for Germany during the 2013 UEFA Women's Euro helping the team win their sixth consecutive trophy with a 1–0 win over Norway. 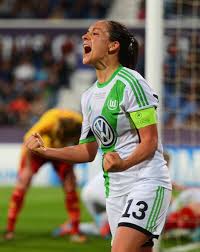 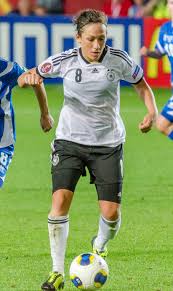 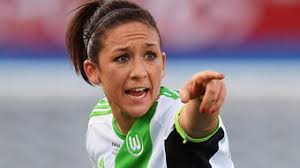 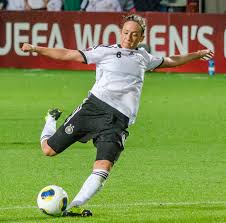