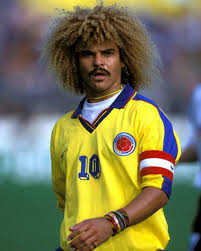 He is a Colombian former professional footballer who played as an attacking midfielder. A creative playmaker, he is regarded as one of the best Colombian footballers of all time, and by some as Colombia's greatest player ever. His distinctive hairstyle, as well as his precise passing and technical skills made him one of South America's most recognisable footballers in the late 1980s and early 1990s. He won the South American Footballer of the Year award in 1987 and 1993, and in 1999, he was also named one of the top 100 players of the 20th century by World Soccer. In 2004, he was included in the FIFA 100, a list of the 125 "greatest living footballers" chosen by& Pelé to celebrate the 100th anniversary of FIFA. Valderrama was a member of the Colombia national football team from 1985 until 1998. He represented Colombia in 111 full internationals and scored 11 times, making him the most capped player in the country's history. He played a major role during the golden era of Colombian football in the 1990s, representing his national side in three FIFA World Cups and five Copa América tournaments. After spending most of his career playing club football in South America and Europe, towards the end of his career Valderrama played in Major League Soccer, joining the league in its first season. One of the most recognisable players in the league at the time of its inception, he helped popularise the league during the second half of the 1990s. To this day, he is an icon and is considered one of the most decorated players to ever play in MLS; in 2005, he was named to the MLS All-Time Best XI. Santa Marta, Colombia, Valderrama began his career at Unión Magdalena of the Colombian First Division in 1981. He also later played for Millonarios in 1984. He joined Deportivo Cali in 1985, where he played most of his Colombian football. In 1988, he moved to the French First Division side Montpellier. He struggled to adapt to the less technical and the faster, more physical, and tactical brand of football being played in Europe, losing his place in the squad. However, his passing ability later saw him become the club's main creative force, and he played a decisive role as his side won the Coupe de France in 1990. In 1991, he remained in Europe and joined Spanish side Real Valladolid for a season. He then returned to Colombia in 1992 and went on to play for Independiente Medellín, and subsequently Atlético Junior in 1993, with whom he won the Colombian championship in 1993 and 1995. 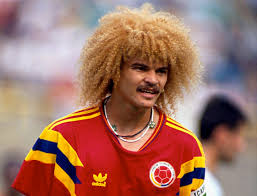 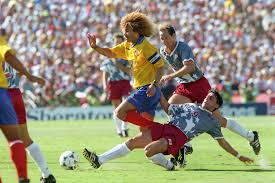 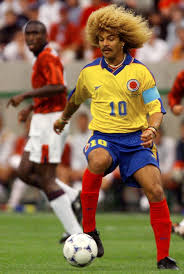 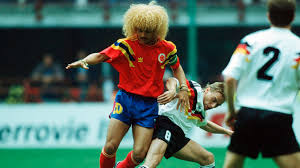