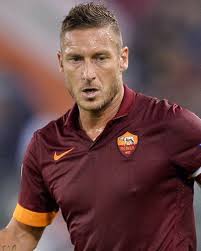 He is an Italian former professional footballer who played for Roma and the Italy national team primarily as an attacking midfielder or second striker, but could also play as a lone striker or winger. He is often referred to as Er Bimbo de Oro (The Golden Boy), L'Ottavo Re di Roma (The Eighth King of Rome), Er Pupone (The Big Baby), Il Capitano (The Captain), and Il Gladiatore (The Gladiator) by the Italian sports media. A creative offensive playmaker renowned for his vision, technique, and goalscoring ability, Totti is considered to be one of the greatest Italian players of all time, one of the best players of his generation, and Roma's greatest ever player. Totti spent his entire career at Roma, winning a Serie A title, two Coppa Italia titles, and two Supercoppa Italiana titles. He is the second-highest scorer of all time in Italian league history with 250 goals, and is the sixth-highest scoring Italian in all competitions with 316 goals. Totti is the top goalscorer and the most capped player in Roma's history, holds the record for the most goals scored in Serie A while playing for a single club, and also holds the record for the youngest club captain in the history of Serie A. In November 2014, Totti extended his record as the oldest goalscorer in UEFA Champions League history, aged 38 years and 59 days. A 2006 FIFA World Cup winner and UEFA Euro 2000 finalist with Italy, Totti was selected in the All-Star team for both tournaments; he also represented his country at the 2002 World Cup and Euro 2004. In 2007, Totti announced his international retirement due to recurring physical problems and in order to focus solely on club play with Roma. Oscar del Calcio awards from the Italian Footballers' Association: five Serie A Italian Footballer of the Year awards, two Serie A Footballer of the Year awards, two Serie A Goal of the Year awards, one Serie A Goalscorer of the Year award, and one Serie A Young Footballer of the Year award. He also won the 2007 European Golden Shoe and the 2010 Golden Foot. Totti was selected in the European Sports Media team of the season three times. In 2004, he was named in the FIFA 100, a list of the world's greatest living players as selected by Pelé, as part of FIFA's centenary celebrations. In 2011, Totti was recognised by IFFHS as the most popular footballer in Europe. In 2015, France Football rated him as one of the ten-best footballers in the world who are over age 36. Following his retirement in 2017, Totti was awarded the Player's Career Award and the UEFA President's Award. 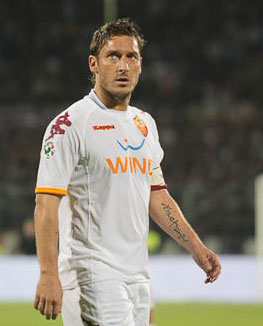 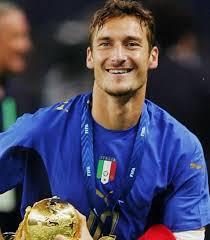 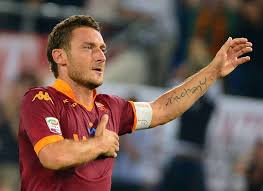 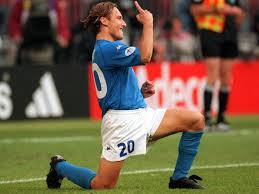