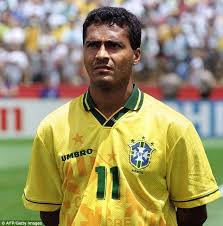 He is a Brazilian politician who previously achieved worldwide fame as a professional footballer. A prolific renowned for his clinical finishing, he is regarded as one of the greatest players of all time.Romário starred for Brazil in their 1994 FIFA World Cup success, receiving the FIFA Golden Ball as player of the tournament. He was named&nbsp FIFA World Player of the Year the same year. He came fifth in the FIFA Player of the Century internet poll in 1999, was elected to the FIFA World Cup Dream Team in 2002, and was named in the list of the world's greatest living players in 2004. At club level, after developing his early career in Brazil, Romário moved to PSV Eindhoven in the Netherlands in 1988. During his five seasons at PSV the club became champions three times, and he scored a total of 165 goals in 167 games. In 1993, he moved to FC Barcelona and became part of Johan Cruyff's "Dream Team", forming an exceptional strike partnership with Hristo Stoichkov La Liga in his first season and finished top goalscorer with 30 goals in 33 matches. During the second half of his career Romário played for clubs within the city of Rio de Janeiro in Brazil. He won the Brazilian league title with CR Vasco da Gama in 2000 and was a three-time top scorer in the league. At the end of his career he also played briefly in Qatar, the United States and Australia. Considered a master of the confined space of the penalty area, his rapid speed over short distances (aided by his low centre of gravity) took him away from defenders, and he was renowned for his trademark toe poke finish. With 55 goals in 70 appearances, Romário is the fourth-highest goalscorer for the Brazil national team, behind Pelé, Ronaldo and Neymar. He is second on the all-time list of Brazilian league's top scorers with 154 goals. He is the second-most prolific goalscorer in the history of football. 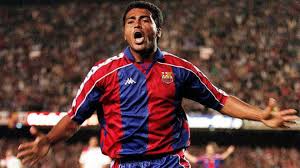 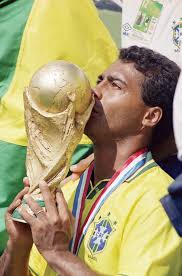 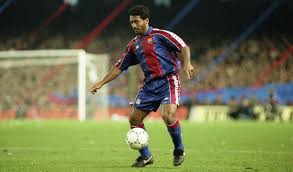