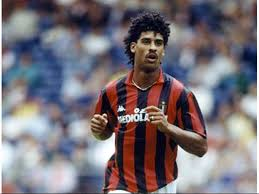 He is a Dutch former footballer and former manager who played as a midfielder or defender. Rijkaard has played for Ajax, Real Zaragoza and Milan and represented the Netherlands national team side 73 times, scoring 10 goals. In his managerial career, he has been at the helm of the Netherlands national team, Sparta Rotterdam, Barcelona, Galatasaray and the Saudi Arabia national team. Regarded as one of the best defensive midfielders in footballing history and as one of the best players of his generation, in 2010 Rijkaard was described by British broadsheet The Daily Telegraph as having been "a stylish player of faultless pedigree". Rijkaard was born in Amsterdam. His mother Neel is Dutch and his father Herman (1935–2010) was a Surinmese footballer who arrived in theNetherlands along with the father of Ruud Gullit; the two sons grew up playing together in the city. Rijkaard was just 17 when Ajax coach Leo Beenhakker gave him his senior squad debut on 23 August 1980. He made an immediate impact, scoring the third goal in a 4–2 away victory over Go Ahead Eagles, the first league match in the 1980–81 season. He would play another 23 games for Ajax in his first season, netting four goals. In 1981–82, he won his first league championship with Ajax and went on to successfully defend the title the following season. Rijkaard stayed at Ajax for seven-and-a-half seasons. During this period, he won the Dutch league championship three times (1981–82, 1982–83,1984–85) and the Dutch Cup three times (1982–83, 1985–86, 1986–87). In the 1986–87 season, he won the Cup Winners' Cup with Ajax over Lokomotiv Leipzig, winning 1–0. In September 1987, what would have been Rijkaard's third season (1987–88) under Dutchman Johan Cruyff as head coach, Rijkaard stormed off the training field and vowed never to play under him again. He was subsequently signed by Sporting CP, but he signed too late to be eligible to play in any competition. He was immediately loaned out to Real Zaragoza, but upon completing his first season at Zaragoza was signed by A.C. Milan. Rijkaard played for five seasons at Milan. It was coach Arrigo Sacchi who saw Rijkaard as playing a pivotal role at Milan and transformed the central defender into a world class holding midfielder, where the Dutchman's aggressive and firm style would go on to influence the likes of Patrick Vieira to replicate in future years. Playing alongside fellow country-men Marco van Basten and Ruud Gullit, Rijkaard won the European Cup twice (in 1989 against Steaua București and 1990, against Benfica) and the domestic Serie A championship twice. In the 1990 European Cup Final, he scored the only goal to win the cup for Milan. After five seasons in Italy, Rijkaard returned to Ajax in 1993. With Louis van Gaal at the helm, Rijkaard and Danny Blind formed the experienced defensive core of the Ajax team that won the first two of three consecutive Dutch championships. Ajax were the unbeaten champions of the Netherlands in the 1994–95 season, and carried that success into Europe. In his final game, Rijkaard won the Champions League with a 1–0 victory over Milan in the 1995 final at the Ernst-Happel-Stadion in Vienna. He was named in the FIFA 100, Pelé's list of the 125 World's Greatest Footballers. On the international stage, Rijkaard made his debut for the Netherlands in 1981. He was part of the Dutch side that won UEFA Euro 1988 with a 2–0 win in the final over the Soviet Union, playing at centre-back alongside Ronald Koeman. He won a total of 73 caps and scored 10 goals. Rijkaard also played for the Netherlands during the 1990 and 1994 FIFA World Cups and at Euro 1992. At Euro 1992, Rijkaard scored a late equalizer for the Netherlands in a 2–2 draw with Denmark at the semi-final stage but the Dutch went out on penalties. He made his final appearance for the Netherlands in the 3–2 defeat against eventual winners Brazil in the quarter-finals of the 1994 World Cup. 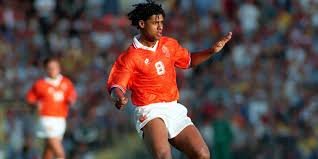 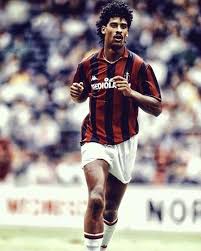 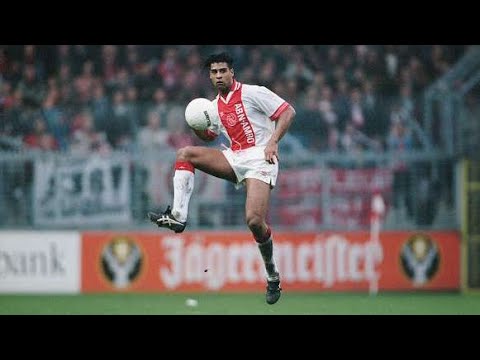 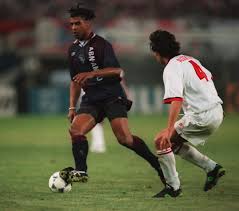