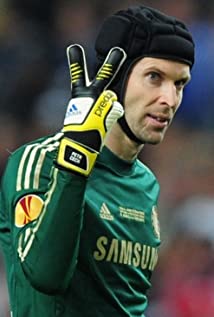 Petr Čech (Czech pronunciation: [ˈpɛtr̩ ˈtʃɛx] (About this soundlisten); born 20 May 1982) is a Czech former professional footballer who is a technical and performance advisor for Chelsea, and who also plays semi-professional ice hockey as a goaltender for Guildford Phoenix. Čech played as a goalkeeper and has been described by numerous players, pundits and managers as one of the greatest goalkeepers in European history.[nb 1] He is argued, alongside Peter Schmeichel, to be the greatest goalkeeper in Premier League history.[nb 2] Čech began his senior career at Chmel Blšany in 1999, where he played sporadically for two seasons prior to relocating to domestic superpower Sparta Prague in 2001. At age 19, Čech became a first team regular, and his single campaign with the club was fruitful, as he registered a league record of not conceding a goal in 903 competitive minutes. This led to his first move abroad, when he relocated to France to join Ligue 1 side Rennes for a fee of €5.5 million (£3.9 million) in 2002. In France, Čech starred in an under-performing team, and was the subject of a then club-record transfer for a goalkeeper when he moved to Premier League side Chelsea for a fee of £7 million (€9.8 million) in 2004. During his eleven year association with the club, Čech registered 494 senior appearances, making him the club's highest overseas appearance maker, and sixth all-time.[19] He also helped the club win four Premier League titles, four FA Cups, three League Cups, one UEFA Champions League title, and one UEFA Europa League title. Čech also holds Chelsea's all-time record for clean sheets, with 228.[20] Čech departed Chelsea in 2015 to join city rivals Arsenal for a fee of £10 million, where he won another FA Cup before retiring in 2019. A Czech international, Čech made his debut with the Czech Republic in 2002, and is the most capped player in the history of the Czech national team, with 124 caps. He represented his country at the 2006 World Cup, as well as the 2004, 2008, 2012, and 2016 European Championships. He was voted into the Euro 2004 All-Star team after helping the Czechs reach the semi-finals, and served as the team's captain, prior to retiring from international competition in 2016. Čech also holds the record for the most Czech Footballer of the Year and Czech Golden Ball wins. Čech holds a number of goalkeeping records, including the Premier League record for fewest appearances required to reach 100 clean sheets, having done so in 180 appearances, the most number of clean sheets in a season (24), as well as the record for the most clean sheets in Premier League history (202).[21][22] Čech is also the only goalkeeper to have won the Premier League Golden Glove with two separate clubs, and has won it a joint record four times; in the 2004–05, 2009–10, 2013–14 and the 2015–16 seasons. He was voted the IFFHS World's Best Goalkeeper in 2005, received the award of Best Goalkeeper in the 2004–05, 2006–07 and 2007–08 editions of the UEFA Champions League, and went 1,025 minutes without conceding a goal in the 2004–05 season, a league record.[a] He has the third-most clean sheets since 2000 among all goalkeepers.[24] 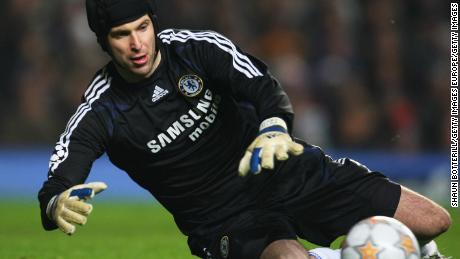 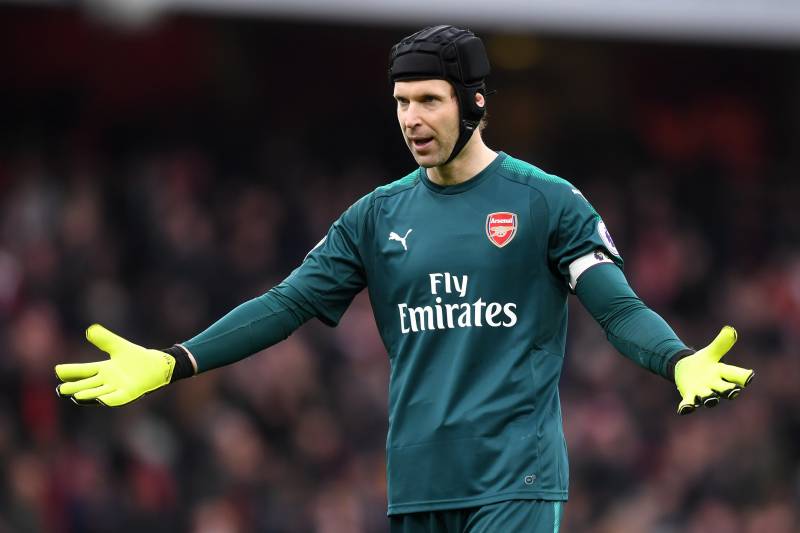 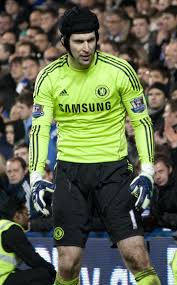 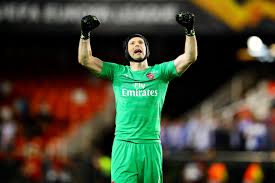