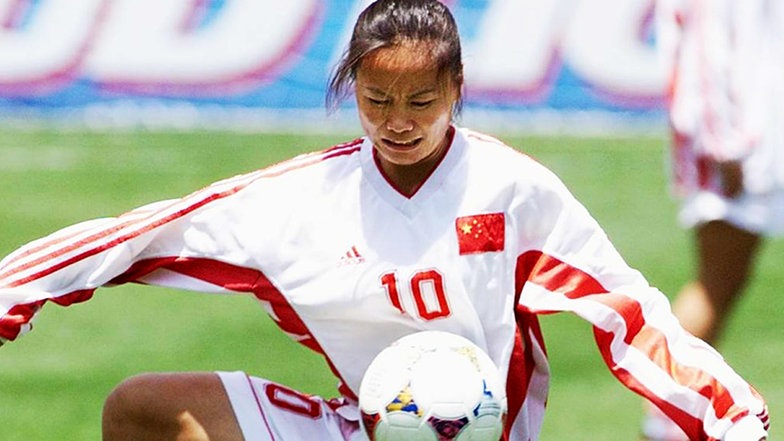 Liu Ailing (simplified Chinese: 刘爱玲; traditional Chinese: 劉愛玲; pinyin: Liú Àilíng; born June 2, 1967) is a Chinese former footballer who played for the China national team at the 1991, 1995 and 1999 editions of the FIFA Women's World Cup. She won a silver medal at the 1996 Atlanta Olympics and participated at the 2000 Sydney Olympics. A playmaking midfielder, she played professional club football in Japan and the United States. Born in Baotou, Inner Mongolia,[1] Liu excelled in basketball and athletics but did not play football until she was 17 years old. Her parents were initially reluctant to let her play what they saw as a masculine sport.[2] In 1994 Liu joined Japanese second tier club Tasaki Perule FC. She helped win promotion in her first season and remained with the club until 1997.[3] At the 2000 WUSA Draft, Liu was selected by Philadelphia Charge in the first round, second overall behind compatriot Sun Wen.[4] In the United States Liu experienced a culture shock; she bought only raw fruit and vegetables from the supermarket as in China she had been in regimented training camps for so long that she never learned to cook.[5] In the 2001 WUSA season 34-year-old veteran Liu was a success, leading the team on goals (10) and points (22). She was the first woman to win WUSA's Player of the Week in two consecutive weeks, and the first woman to win it three times. Charge coach Mark Krikorian said of Liu: "She has been one of the greatest center midfielders in the world".[6] In 2002 Liu was less effective, contributing two goals and two assists for six points in her 20 regular season appearances (11 starts). She retired at the end of the season.[7] 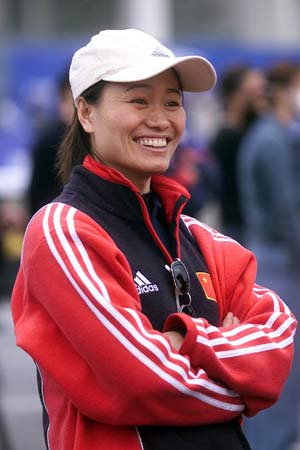 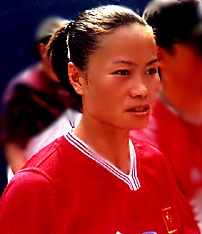 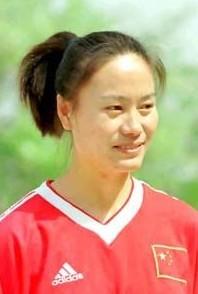 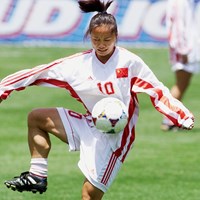