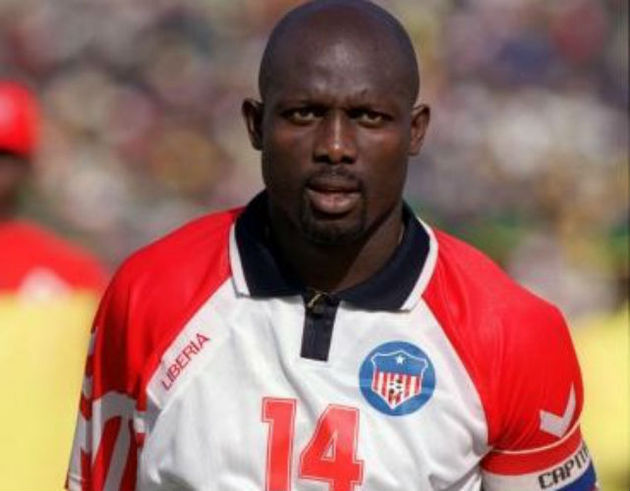 George Manneh Oppong Weah (/ˈwiːə/; born 1 October 1966) is a Liberian politician and former professional footballer currently serving as the 25th President of Liberia, in office since 2018. Prior to his election to presidency, Weah served as Senator from Montserrado County. During his football career, he played as a striker. His prolific 18-year professional playing career ended in 2003.[5] He is the first former professional footballer to become head of state. After beginning his career in his home country of Liberia, Weah spent 14 years playing for clubs in France, Italy, and England. Arsène Wenger first brought him to Europe, signing him for Monaco in 1988. Weah moved to Paris Saint-Germain in 1992 where he won Ligue 1 in 1994 and became the top scorer of the 1994–95 UEFA Champions League. He signed for A.C. Milan in 1995 where he spent four successful seasons, winning Serie A twice.[6] His most notable goal in Italy saw him run the length of the field against Verona. He moved to the Premier League towards the end of his career and had spells at Chelsea and Manchester City, winning the FA Cup at the former, before returning to France to play for Marseille in 2001, and subsequently ending his career with Al-Jazira in 2003. FourFourTwo named Weah one of the best players never to win the UEFA Champions League.[7] At international level, Weah represented Liberia at the African Cup of Nations on two occasions, winning 53 caps and scoring 13 goals for his country. He played an international friendly in 2018 where his number 14 jersey was retired. Scott Murray in The Guardian writes Weah was “hamstrung in World Cup terms by hailing from a global minnow”.[8] He is regarded as one of the best players never to have played at the tournament.[9][10] Widely regarded as one of the greatest African players of all time, in 1995, he was named FIFA World Player of the Year and won the Ballon d'Or, becoming the first and to date only African player to win these awards. In 1989, 1994 and 1995, he was also named the African Footballer of the Year, and in 1996, he was named African Player of the Century. Known for his acceleration, speed, and dribbling ability, in addition to his goalscoring and finishing, Weah was described by FIFA as "the precursor of the multi-functional strikers of today".[11] In 2004, he was named by Pelé in the FIFA 100 list of the world's greatest living players.[12] Weah became involved in politics in Liberia following his retirement from football. He formed the Congress for Democratic Change and ran unsuccessfully for President in the 2005 election, losing to Ellen Johnson Sirleaf in the second round of voting. In the 2011 election, he ran unsuccessfully for Vice President alongside Winston Tubman. Weah was subsequently elected to the Liberian Senate for Montserrado County in the 2014 elections. Weah was elected President of Liberia in the 2017 election, defeating the incumbent Vice President Joseph Boakai,[13][14] and sworn in on 22 January 2018. 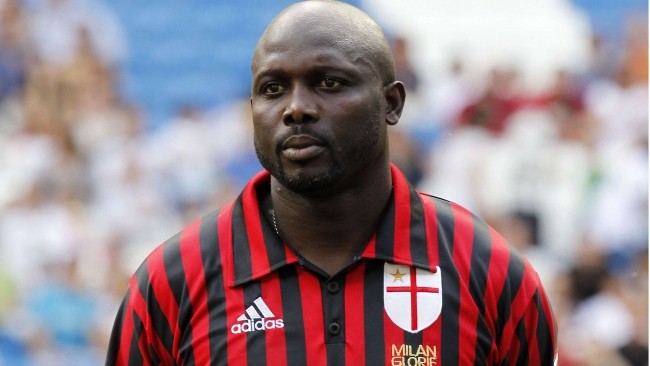 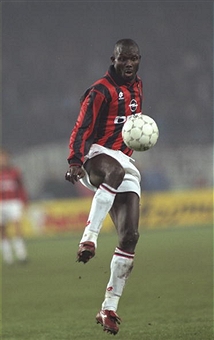 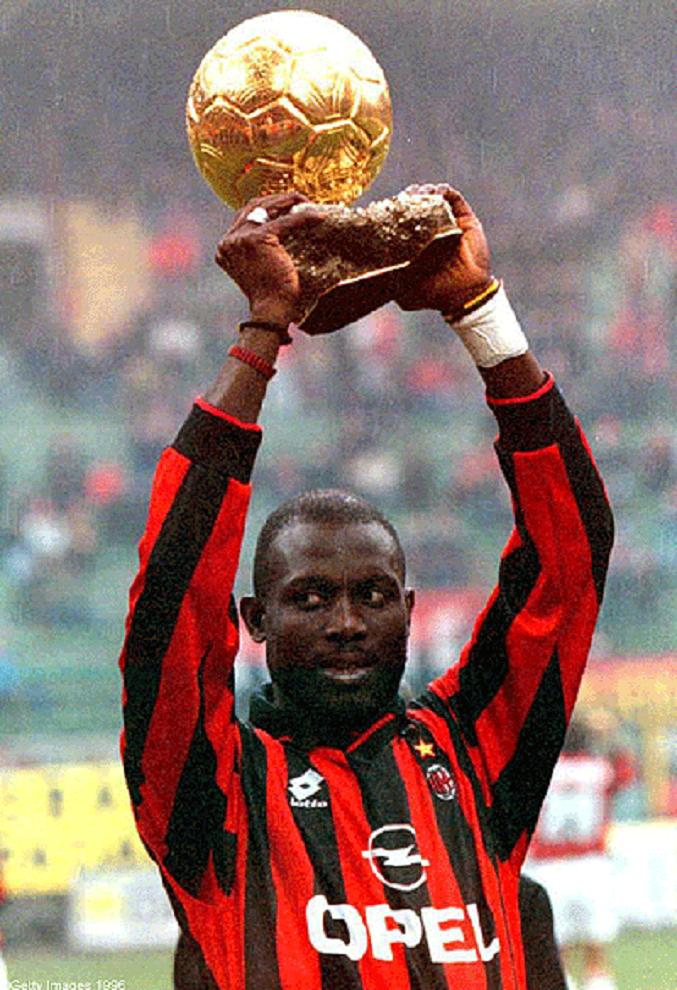