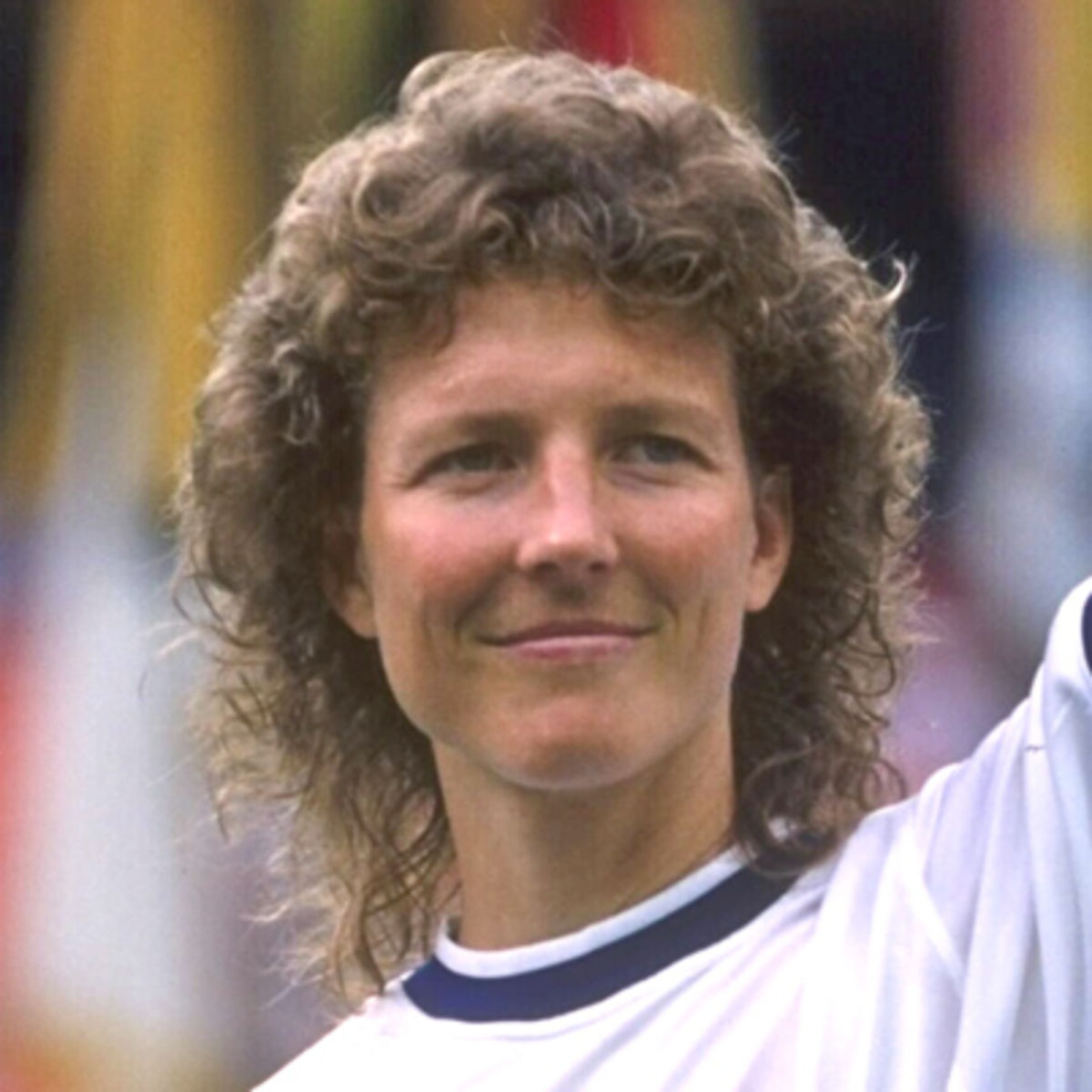 Michelle Anne Akers (born February 1, 1966) is an American former soccer player who starred in the 1991 and 1999 Women's World Cup and 1996 Olympics victories by the United States. At the 1991 World Cup, she won the Golden Shoe as the top scorer, with 10 goals. Akers is regarded as one of the greatest female soccer players of all time.[2] She was named FIFA Female Player of the Century in 2002, an award she shared with China's Sun Wen.[3][4] In 2004, Akers and Mia Hamm were the only two women named to the FIFA 100, a list of the 125 greatest living soccer players selected by Pelé and commissioned by FIFA for that organization's 100th anniversary. Akers is a member of the (U.S.) National Soccer Hall of Fame; she was inducted in 2004, along with Paul Caligiuri and Eric Wynalda. Born to Robert and Anne Akers in Santa Clara, California[5] on February 1, 1966, Akers grew up in the Seattle, Washington suburb of Shoreline, where she attended and played soccer for Shorecrest High School.[6] Early in her career, she wasn't sure whether she was willing to do the training necessary to excel. After losing a youth game, she was frustrated and walked off the field in tears. Her father asked her "Did you have fun". Her answer was "yes" which led to the realization that this was the real reason she played, and that helped turn her into the fierce competitor she became.[5] She was named an All-American three times during her high school career.[6] At 5 feet 10 inches (179 cm) in height and 150 pounds (68 kg), Akers had an imposing physical presence on the soccer field and was noted for her aggressive and physical style of play.[7] 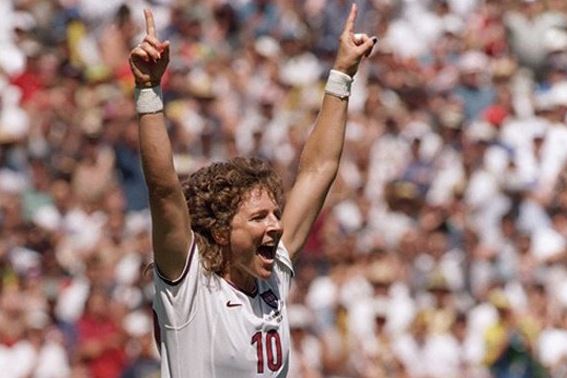 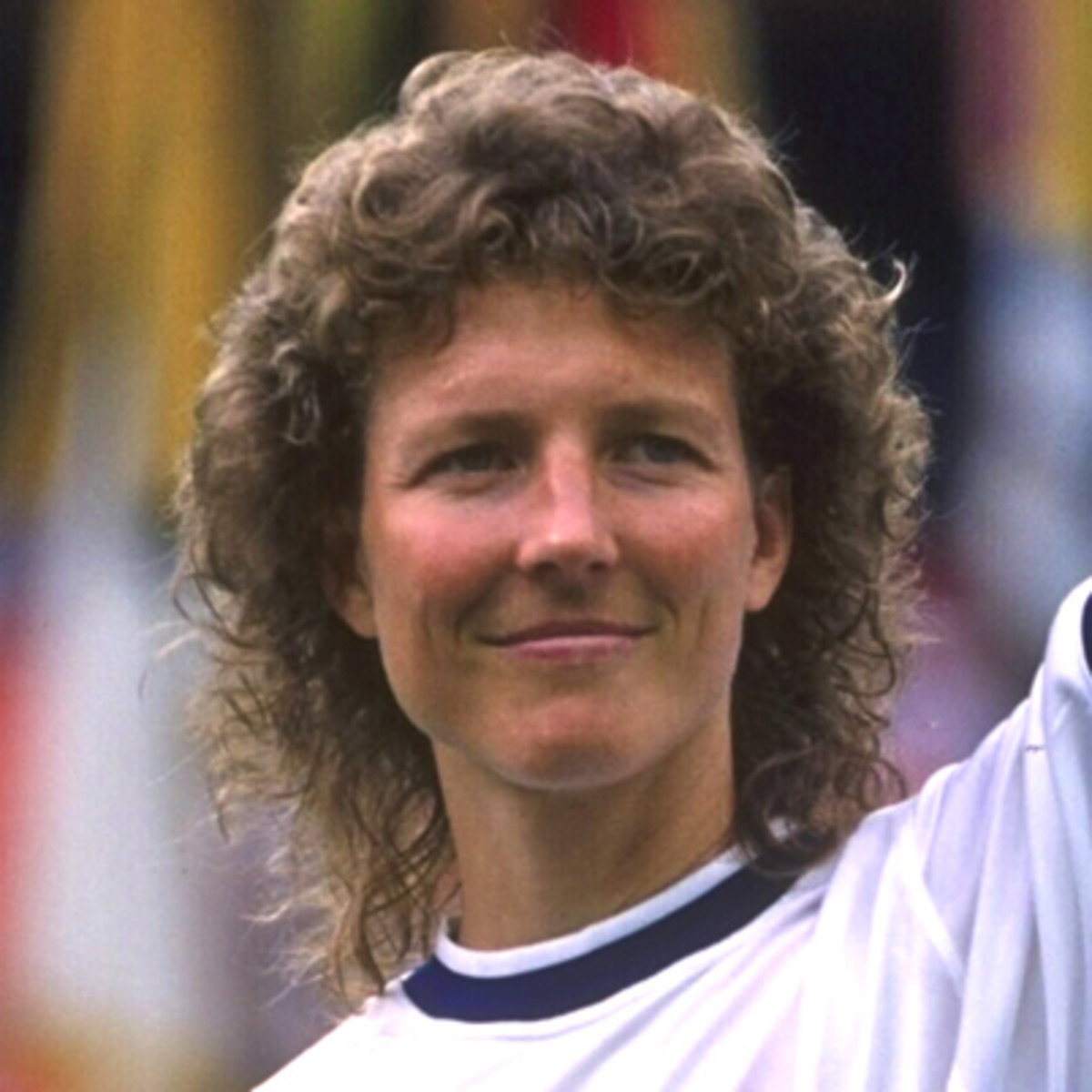 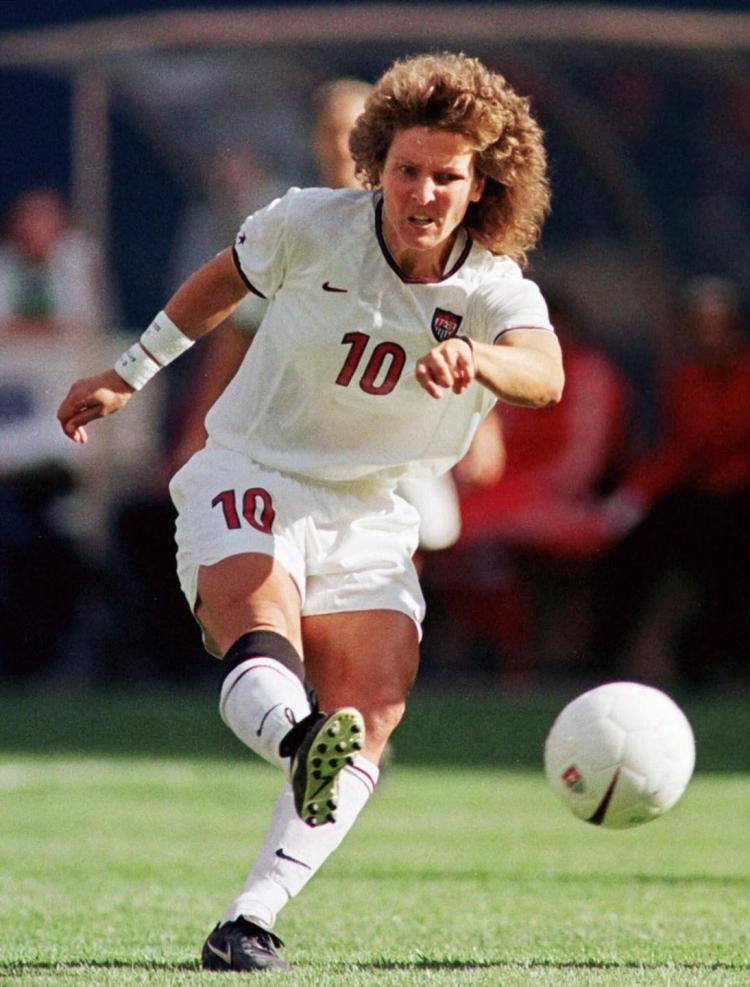 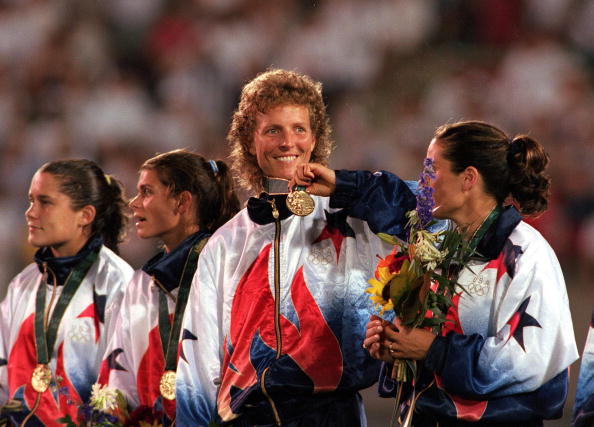 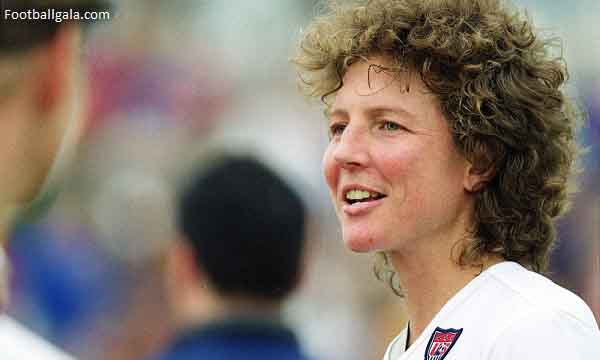