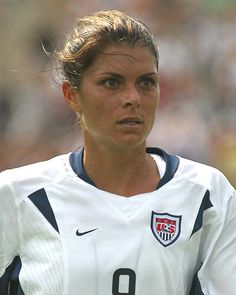 Mariel Margaret Hamm-Garciaparra (born March 17, 1972) is an American retired professional soccer player, two-time Olympic gold medalist, and two-time FIFA Women's World Cup champion. Hailed as a soccer icon,[1][2][3][4] she played as a forward for the United States women's national soccer team from 1987–2004. Hamm was the face of the Women's United Soccer Association (WUSA), the first professional women's soccer league in the United States, where she played for the Washington Freedom from 2001–2003. She played college soccer for the North Carolina Tar Heels women's soccer team and helped the team win four consecutive NCAA Division I Women's Soccer Championship titles. During her tenure with the national team, Hamm competed in four FIFA Women's World Cup tournaments: the inaugural 1991 in China, 1995 in Sweden, 1999 and 2003 in the United States. She led the team at three Olympic Games, including: 1996 in Atlanta (the first time women's soccer was played), 2000 in Sydney, and 2004 in Athens. She completed her international career having played in 42 matches and scored 14 goals at these 7 international tournaments. Hamm held the record for most international goals scored—by a woman or man—until 2013 and remains in third place behind former teammate Abby Wambach and Canadian striker Christine Sinclair as of 2017.[5][6][7] She currently ranks third in the history of the U.S. national team for international caps (276) and first for career assists (144).[8] Twice named FIFA World Player of the Year in 2001 and 2002, Hamm and her teammate Michelle Akers were hailed by Pelé as two of FIFA's 125 greatest living players when he included them in the FIFA 100 to celebrate the organization's 100th anniversary.[9] Hamm was named U.S. Soccer Female Athlete of the Year five years in a row and won three ESPY awards including Soccer Player of the Year and Female Athlete of the Year.[10] The Women's Sports Foundation named her Sportswoman of the Year in 1997 and 1999. She was inducted into the National Soccer Hall of Fame, Alabama Sports Hall of Fame, Texas Sports Hall of Fame, North Carolina Soccer Hall of Fame, and was the first woman inducted into the World Football Hall of Fame.[8] A co-owner of Los Angeles FC, Hamm is also a global ambassador for FC Barcelona and is on the board of directors of Serie A club A.S. Roma. Author of Go For the Goal: A Champion's Guide to Winning in Soccer and Life, Hamm has been featured in several films and television shows, including the HBO documentary, Dare to Dream: The Story of the U.S. Women's Soccer Team. 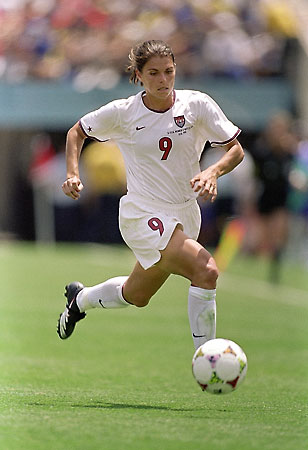 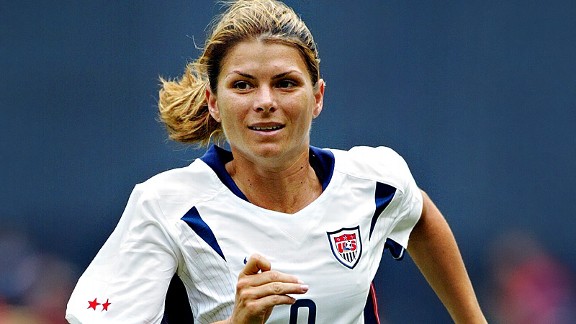 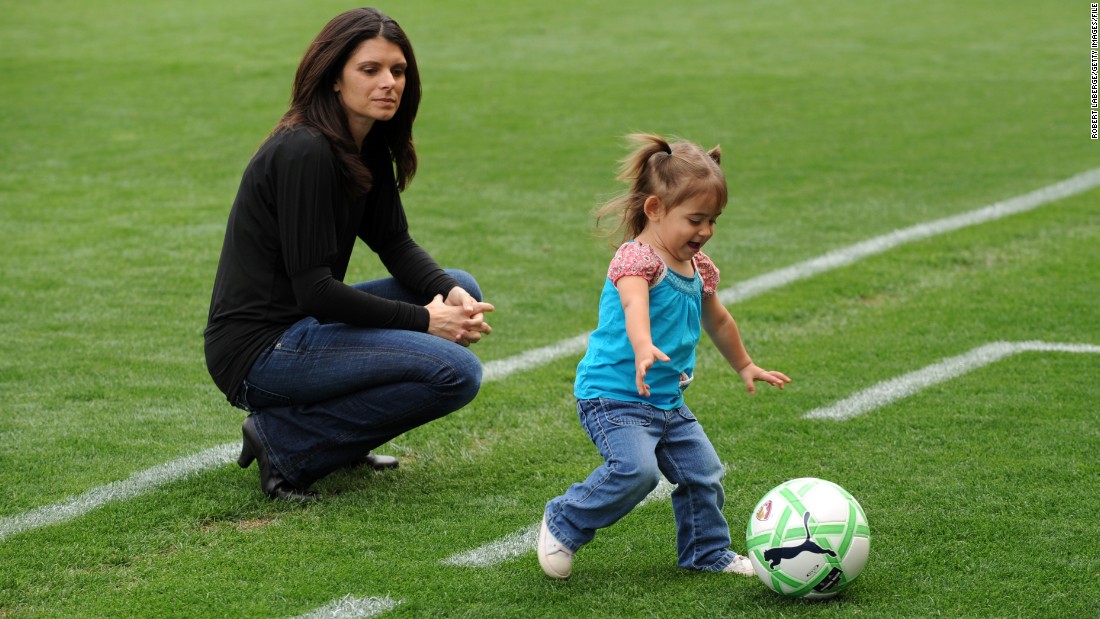 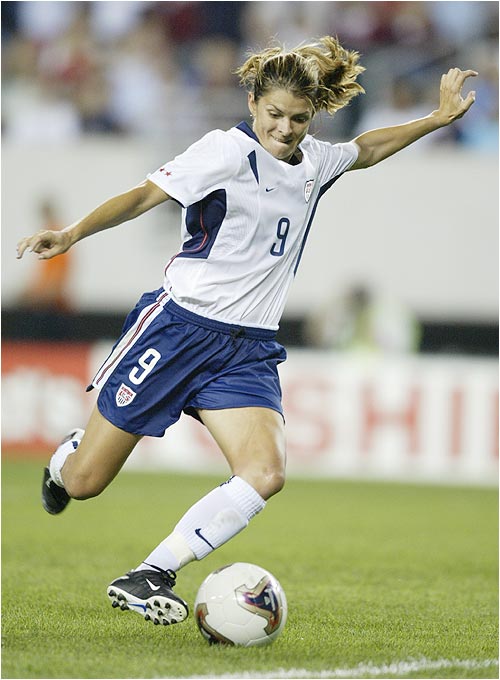